Anti-fascist rallies planned to coincide with a 48-hour public sector strike on Wednesday have overshadowed anger over layoffs demanded by EU/IMF lenders. 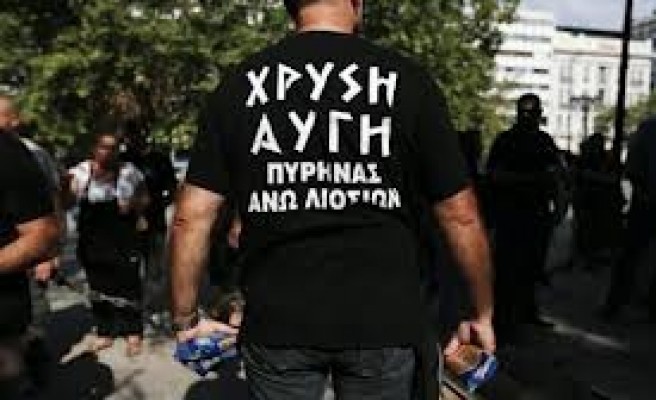 Greeks took to the streets of Athens on Wednesday against the fatal stabbing of an anti-racism rapper by a supporter of the far-right Golden Dawn party.

The death of 34-year-old Pavlos Fissas has fired outrage across the political spectrum against a party that is widely regarded as neo-Nazi and whose popularity has so far appeared immune to accusations of brutality and violence.

Golden Dawn denies the neo-Nazi label and any involvement in the attack, saying it is the target of a witch-hunt.

Anti-fascist rallies planned to coincide with a 48-hour public sector strike on Wednesday have overshadowed anger over layoffs demanded by EU/IMF lenders, and hundreds began gathering in the central Syntagma square for a memorial concert.

Marches by university students, labour unions and leftists are expected to culminate later in an anti-fascism demonstration outside parliament, the scene of often violent anti-governmemt protests in the past.

"The heinous and cowardly murder of anti-fascist Pavlos Fissas has revealed ... that Golden Dawn is the enemy of democracy," public sector union ADEDY said.

Golden Dawn is Greece's third most popular party and the most visible symptom of discontent over state corruption and a deep economic crisis that has fuelled hostility to immigrants.

Nearly 80 percent of Greeks said such violent acts were a threat to democracy.

"Golden Dawn voters haven't changed their minds, they're simply not saying who they'll vote for because of the current climate of terror," the party responded in a statement.

Golden Dawn rose from being a fringe party to win 18 seats in parliament in elections last year and has since won support among Greeks struggling to make ends meet by organising frequent "Greeks-only" food handouts.

Fissas's killing has led to an investigation into the party for evidence linking it to the attack.