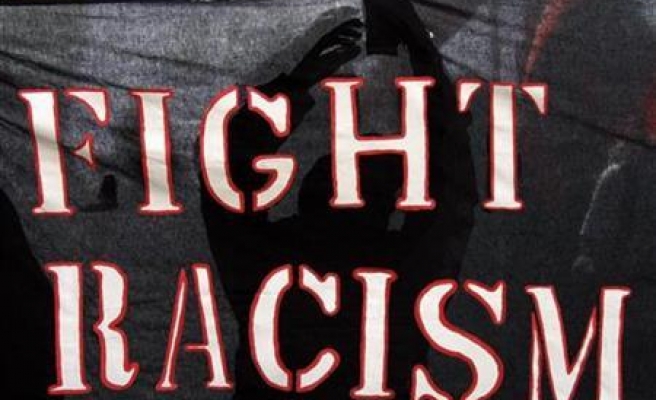 Greek police have stormed the offices of Golden Dawn – a neo-Nazi party in Greece – following the deadly stabbing of an anti-fascist musician on Wednesday in Athens by a 45-year old man who says he is a supporter of the fascist party.

Following the death of Pavlos Fyssas thousands of infuriating demonstrators hit on the capital streets and protested the murder as the news that a member of Golden Down was the killer spread quickly in an around already frustrated Greek capital. Protesters also clashed with security forces.

Pavlos Fyssas is the first Greek person who was killed in violence associated with the neo-Nazi party.

Greece’s public order minister, Nikos Dendias cancelled a trip and said the government could push the button to ban the neo-Nazi party from politics altogether. However, it is reported that many Greek politicians think that a political ban or closure of the party could romanticize the fascist movement. Dendias, though, said further that a new law could re-evaluate what constituted a criminal gang.

Golden Dawn party ran a campaign during the 2012 elections in Greece, which was based on concerns for unemployment, austerity and the economy, as well as an anti-immigration rhetoric, which gained a large increase in support of debt-ridden country’s electorates.

Golden Dawn has 18 seats in Greek parliament as its votes are predicted to have substantially risen during the austerity years in Greece.

The tension between nationalists and anti-fascists is feared to escalate in Athens after the latest developments.