Greenland in political chaos as three ministers step down

Greenland is a self-ruling country within the Kingdom of Denmark and has a population of about 56,000 people. 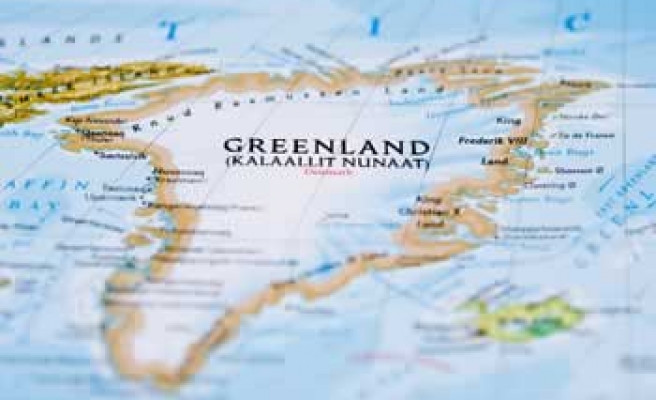 Three Greenlandic ministers stepped down from the government on Wednesday to press Prime Minister Aleqa Hammond to quit after she was accused of misuse of state money on private flights and hotels for family members.

Hammond, premier since April last year, temporarily left office on Tuesday to wait for the results of an inquiry into her use of state funds, naming Kim Kielsen as her acting head of government.

She had narrowly escaped a vote of no confidence however, and defection by her ministers signals that the opposition is not about to give up on the motion and will continue to push for a parliamentary election, which polls show they could win.

The political turmoil is likely to paralyse the government at a critical juncture as international companies such as London Mining Plc and Greenland Minerals and Energy are considering opening iron ore and rare earth mines.

Greenland is a self-ruling country within the Kingdom of Denmark and has a population of about 56,000 people.

Two of the ministers who quit are from Hammond's own social democratic Siumut party and one is from the junior coalition partner Atassut, which according to Greenlandic media has decided to leave the government altogether.

"We both thought that our Prime Minister of Naalakkersuisut shouldn't have to wait for a report from the audit commission, but should take the natural consequence of her actions and step back," the two Siumut parliamentarians said in a statement.

Until Wednesday morning, all nine ministers had stood behind Hammond's argument that government should wait until the audit commission provides its conclusions, expected on Oct. 20, before taking any action.

"It now seems that a third of the cabinet disagrees with that view and is clearly driving Greenland towards political chaos that will be quite repellent to many investors from the mining, oil and gas and fishing sectors," chief Greenland analyst and managing partner at Polarisk consulting firm Mikaa Mered said.

He said a no-confidence vote could be called later on Wednesday.

Damien Degeorges, a Reykjavik-based consultant in Greenlandic affairs, concurred, adding that the Siumut party could trump the vote by simply calling a new election.

Siumut ministers for mining and natural resources, Jens-Erik Kirkegaard, and for education, Nick Nielsen, said in the joint announcement they believe Hammond should "take the natural consequence of her actions and step down".

Health and infrastructure minister Steen Lynge from Atassut said he did not want to compromise on his principle that "the rules must be followed".

Kirkegaard was supposed to travel to China in three weeks to present Greenland's mining potential and meet with several Chinese and Australian officials and investors to boost the sector's interest in Greenland.

"That will obviously not happen and it is quite a catastrophe since this journey was one of Greenland's last chance to save the London Mining's Isua iron ore project," Mered said.

London Mining has one of the most advanced plans for a mine in Greenland, but its shares have fallen more than 70 percent this week after it warned it did not have enough cash to operate its only existing mine in Sierra Leone.