"I want them to respect us and stop stopping us and treating us like dogs," said Fatima Hadji, the dead man's mother said. 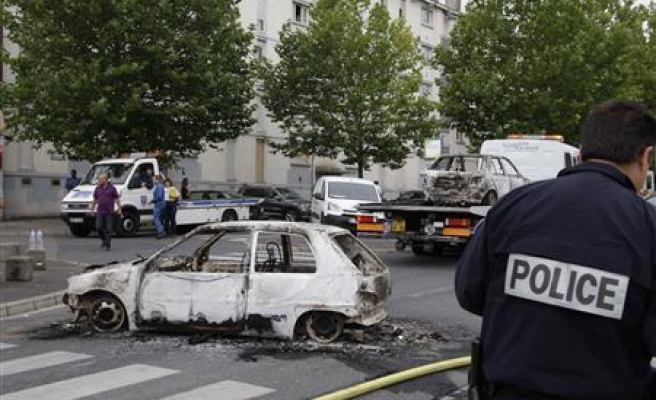 A heavy police presence in Amiens ensured no repeat of violence inthe northern French city overnight on Wednesday, after President Francois Hollande pledged to do all inhis power to stamp out unrest.

Hollande, facing his first major law and order test, dispatched his interior minister to Amiens on Tuesday to investigate two nights of disturbances in which 17 police officers were hurt - some by shotgun pellets.

An extra 100 police were dispatched to the troubled district in northern Amiens late on Tuesday, bringing to 250 the number of security forces patrolling that area in contrast to the usual 30, officials said.

France has been prone to periodic bouts of unrest over the past decade in the run down neighbourhoods that ring many of the country's big cities, but there was no evidence overnight of any copycat violence inother major centres.

"The night in the northern district of Amiens was very, very calm. There were incidents in other parts ofAmiens and seven cars were burned but this is sadly something that is a regular occurrence in the city," a police spokesman told Reuters.

"We hope we have turned the page but you never know, something may spark at any moment," he added.

On Tuesday, Interior Minister Manuel Valls toured Amiens' northern Fafet district - about 10 minute's drive from the city centre - telling reporters violence towards police and destruction of property would not be tolerated.

In a sign that calm had returned, vans packed with riot police withdrew early Wednesday, and a few residents were out walking their dogs or coming out of early morning prayers at the local mosque.

The violence appears to have been triggered by a police spot check on Sunday on the sidelines of a memorial for a young local man who died in a road accident and some residents blamed heavy handed policing for the disturbances.

"I want them to respect us and stop stopping us and treating us like dogs," said Fatima Hadji, the dead man's mother told Reuters.

Her daughter, Sabrina, agreed: "We vote, we pay our taxes, but too many times they treat us like animals."

Parts of Amiens had recently been classified as a "priority security zone" in need of extra policing and the riots are a first test for Hollande's law and order policies.