Hizb ut-Tahrir says it sends no Crimean Tatars to Syria

The head of information office of Hizb ut-Tahrir Islamic political party in Ukraine said that Hizb ut-Tahrir were not taking part in the fighting in Syria. 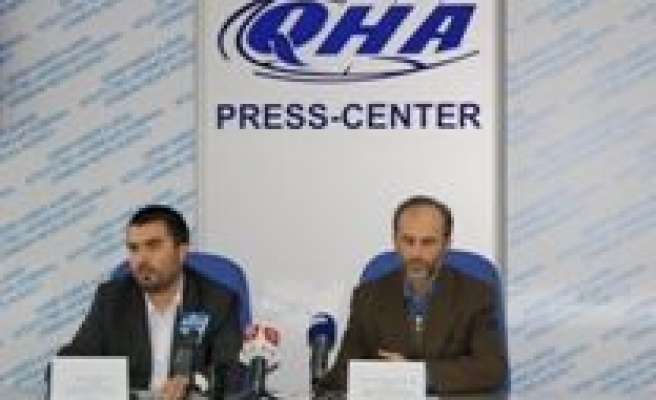 Ukrainian media are trying to make a sensation out of the fact that some Crimean Tatars are taking part in the fighting in Syria.

Fazil Amzaev, head of information office of Hizb ut-Tahrir Islamic political party in Ukraine told this at the press-conference in Simferopol, reported the Crimean News Agency.

“Some individuals are going to Syria to take part in the conflict, with a humanitarian mission or any other mission,” he said.

At the same time, Amzaev noted that Hizb ut-Tahrir doesn’t possess information on how many Crimean Tatars are involved in the Syrian conflict.

“We neither send people to Syria nor provide funding to these activities,” he stressed.

Hizb ut-Tahrir is an international pan-Islamic political organization. They are commonly associated with the goal of all Muslim countries unifying as an Islamic state or caliphate ruled by Islamic law.