'We are deeply disturbed by Israel’s illegal occupation of Palestinian land and the intolerable human rights violations', say 343 British scholars 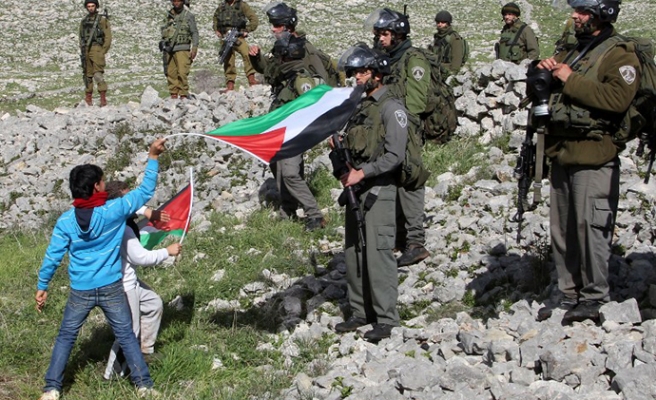 More than 300 British academics from 72 different institutions have pledged to boycott Israel until it “complies with international law, and respects universal principles of human rights”.

Titled “A Commitment by UK Scholars to the Rights of Palestinians”, the declaration appeared as a full-page ad in British daily The Guardian and was signed by 343 academics.

“As scholars associated with British universities, we are deeply disturbed by Israel’s illegal occupation of Palestinian land, the intolerable human rights violations that it inflicts on all sections of the Palestinian people, and its apparent determination to resist any feasible settlement,” the ad said.

The scholars added that they  “will not accept invitations to visit Israeli academic institutions, act as referees in any of their processes, participate in conferences funded, organized or sponsored by them, or otherwise cooperate with them”.

The pledge does note that ties will not be severed with individual Israeli academics.

The Israeli embassy in London vehemently criticized the initiative, saying: "Boycott movements only aim to sow hatred and alienation between the sides, rather than promoting coexistence.

"The only path to advancing peace between Israelis and Palestinians passes through the negotiation room. Israel has called time and again for the renewal of talks immediately, without any preconditions. Those who call for a boycott against Israel during a month which saw 45 stabbing attacks- in which more than 100 Israelis were wounded, and 10 were murdered – blatantly ignore the lives of Israelis, and the conditions necessary for peace," added the statement published in an English-language Israeli news website.

A wave of violence, including a surge in stabbing attacks perpetrated by both sides, has shocked the West Bank and Israel, with regular clashes between Palestinian youths and Israeli security forces. In October, 11 Israelis and 61 Palestinians have been killed (One Israeli was killed by security forces who claimed he tried to snatch an officer’s gun).

The scholars who signed the commitment have also urged their colleagues throughout the U.K. to join them in signing the pledge.

A press release on www.commitment4P.com, where more academics can append their signature, said: “This Commitment is motivated by deep concern for Palestinians, including Palestinian academics, struggling to sustain some semblance of normal life in intractably difficult circumstances of occupation, and denial of basic human rights.”

“The need for solidarity with the Palestinian people, as expressed in the Academic Commitment, is made more urgent today by the current escalation of violent conflict in Israel/Palestine,” the press release added.

“The fatalities are overwhelmingly of Palestinians engaging in street protests provoked by Israel’s 48-year and ever tightening occupation. Palestinians are driven to desperation in the face of Israeli intransigence, and its continuing ethnic cleansing of East Jerusalem,” it continued.

“Israeli universities are at the heart of Israel’s violations of international law and oppression of the Palestinian people,” said Jonathan Rosenhead, professor at the London School of Economics, speaking for the organizers of the commitment in the press release.

“We will be conducting a campaign across the country’s universities over the coming months, and inviting fellow academics to contact us if they wish to sign the commitment,” he added.

Another academic who signed the declaration, Malcolm Levitt, professor at the University of Southampton explained, in the press release, his pledge as an objection to “the privileged status given to Israel despite its blatantly illegal occupation and settlement policy”.

“This commitment allows me, as an academic, to collaborate with Israeli individuals in the best scientific traditions, while still resisting the attempt by Israeli institutions to normalise their complicity in grossly illegal and unjust activities,” he said.