Hungarian army given go-ahead to use weapons

The Hungarian army has been called in to deal with border checks and soldiers have been given the right to use a host of weapons against refugees. 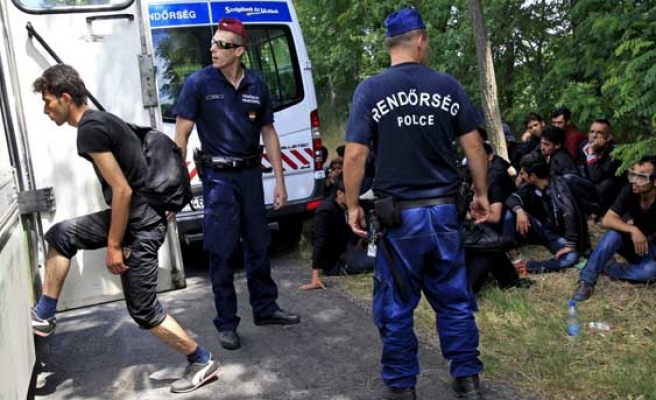 Hungary's parliament approved with a two-thirds majority Monday giving the army and police sweeping new powers to prevent refugees crossing the border, including giving troops the right to use weapons.

The legislation, following new laws earlier this month making illegal border-crossing a crime punishable by jail, allows the army to take part in border controls, to restrict personal liberties and to use weapons as long as no loss of life ensues.

Soldiers will be allowed to use rubber bullets, tear gas grenades, crowd-dissolving weapons and even arms that can harm the human body.

The law states they must not takes lives unless "in the case of an attack that seriously jeopardises the life or the physical safety of people".

The radical nationalist Jobbik party, which has advocated even tougher measures, supported Orban’s centre-right Fidesz party in the vote, which passed with 151 votes to 12 against and 27 abstentions in the 199-member Parliament.