Hungarian Muslims, a minority group that is barely known to even exist in the country, have offered services as well as necessary items for refugees 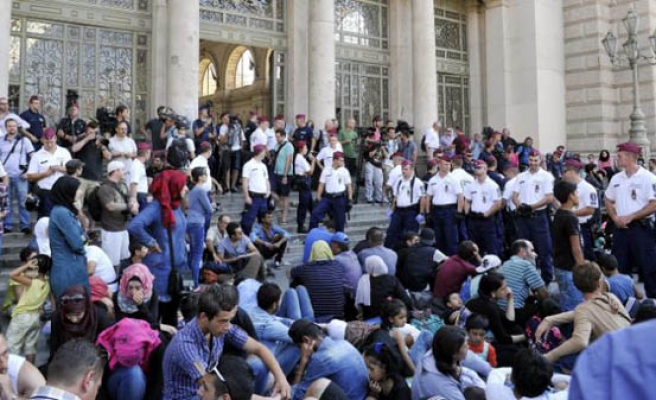 Reflecting less than 1 percent of the population of Hungary being Muslim, the hostility towards minorities has flared in the wake of recent refugee arrivals, streaming in escaping war from the Middle East and Africa, according to a report in the The Washington Post.

And with the  Hungarian Prime Minister, Viktor Orban, openingly declaring that he refused to accept newcomers by ordering the army to construct a fence because “we do not want a large number of Muslims in our country.” has made a difficult situation even more so impossible.

In desperation many refugees have tried to push through a new razor-wire fence at the Hungary-Serbia border, officers attacked them back with tear gas and water cannons.

“Go back to your country” has become a familiar phrase to Muslims shopping in stores. Billboards have sprung up along rural roads reading, “If you come to Hungary, you have to respect our culture.”

A leader in Netherlands went too far by warning of an “Islamic invasion.”

The rising islamophobia has been responded to with many Hungarian Muslims providing aid to asylum seekers by donating food and drinks to hundreds of people camped out at Budapest’s Keleti rail station. Translation services, blankets and tents have also been provided for.

Facing increasing tensions and frustration, many Hungarian Muslims are working to show their people the true face of Islam, of sharing and giving, steering people away from the politics.

“The Hungarians are good people, but the politics have gotten bad,” said Josef Elhindy, a brain surgeon from Jordan, as he helped deliver medical supplies to refugees at the Keleti station.

“We have to show them who we are.”

At the Islamic Center, the largest of Budapest’s four mosques, many non-Muslim citizens come to ask questions.

“Mostly, [non-Muslims] come because they have questions,” said Sultan Sulok, president of the Organization of Muslims in Hungary.

The typical questions are: “Why does your religion not respect women?” and “Do you know any terrorists?”

Recalling attacks facing the center over the past years, Sulok fears the future might bring in more hostilities.

“We are worried about the future,” said Sulok, a native Hungarian who converted to Islam.

Estimated at 40,000, Muslims are a small minority in this nation of 10 million people.