Many Hungarians today view the 1920 Treaty of Trianon as a national tragedy because it took away two-thirds of the country's territory and left millions of ethnic Hungarians living in what are now Romania, Slovakia, and Serbia. 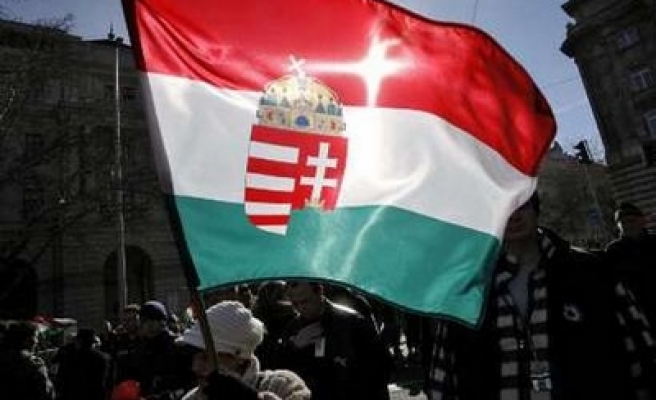 Hungary's prime minister, Viktor Orban, called on ethnic Hungarians around the world on Saturday to unite to build a strong nation, tapping into nostalgia for a country dismembered when Europe's maps were re-drawn nearly a century ago.

Many Hungarians today view the 1920 Treaty of Trianon as a national tragedy because it took away two-thirds of the country's territory and left millions of ethnic Hungarians living in what are now Romania, Slovakia, and Serbia.

Orban has won popularity at home by reaching out to Hungarians outside the country's borders, including offering them Hungarian citizenship. He has never suggested re-uniting the lost territories with Hungary, but his activities occasionally irk governments in neighbouring countries.

"Twentieth century history has made Hungary a dispersed nation," Orban said in a speech in Baile Tusnad, a town in Romania where the population is predominantly ethnic Hungarian.

"As things stand now, a legal link among Hungarians in the world can be established through the citizenship link rather than on a territorial basis," Orban said in the town, which hosts an annual conference for the Hungarian diaspora.

"If we want to add up and organise the strength of all Hungarians living in the world, we can do it only via citizenship," he said.

Orban said his government was committed to offering passports to ethnic Hungarians, as well as helping them gain access to education in the Hungarian language, and maintaining the national identity.

"In this way we could become a strong nation from a dispersed nation," he said in the speech, which was broadcast live on Hungarian television.

Though it happened several generations ago, the re-drawing of Hungary's borders is still a feature of everyday life.

When talking about their neighbouring country, many ordinary people talk about "current Romania." Weather forecasts on public television give temperatures for areas that used to be inside Hungary's borders.

Orban, who frequently clashes with the European Union, the International Monetary Fund and big business over policies his critics say amount to naked populism, has tried to restore a battered sense of national pride.

He has done that by repairing severed ties to the more glorious past. One of his early acts in a previous term as prime minister was to declare the June 4 anniversary of the Treaty of Trianon a "day of national unity".

He has made more visits to ethnic Hungarian areas of neighbouring countries than any previous prime minister.

He ordered that the "Holy Crown" worn for centuries by Hungarian kings should be moved from the national museum to the grandest hall in the parliament, on the banks of the Danube River, where it is watched over by sentries.

In 2010, his government, returned to power with a huge majority after a spell in opposition, pushed through legislation allowing ethnic Hungarians abroad to apply for citizenship. To date, nearly half a million have applied. They have the right to vote in a Hungarian election next year.

Some neighbouring countries believe Orban, by building ties to Hungary's diaspora, is infringing on their national sovereignty. For the most part, governments in the region do not make a public fuss, but occasionally they lose patience.

In January this year, some public buildings in Hungary, including the parliament, started flying the blue-and-yellow Szekler flag, identified with one of the ethnic Hungarian communities in Romania's Transylvania region.

Romania's government responded by summoning the Hungarian ambassador inBucharest and issuing a protest.