As more than 4,000 refugees cross into the Austrian border, the foreign minister for Hungary has said that it is the failed policy of the EU that has led to the current crisis. 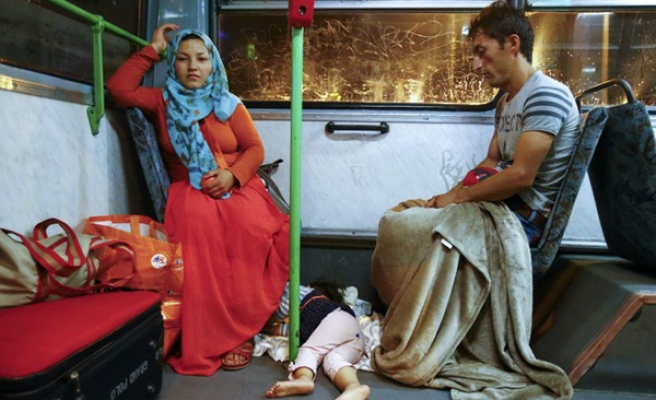 The transport of unregistered asylum seekers from Hungary to the Austrian border shows the failure of the EU's migration policy, Hungarian Foreign Minister Peter Szijjarto said on Saturday.

After days of confrontation and chaos, Hungary's right-wing government has deployed dozens of buses to move on refugees from the capital, Budapest, to Austria.

"What happened is the consequence of the failed migration policy of the European Union and the irresponsible statements made by European politicians," Szijjarto said on arrival to a meeting of EU foreign ministers to discuss the migration crisis.

Slovak Foreign Minister Miroslav Lajcak dismissed plans to set up a train corridor to Germany for refugees. "We have never discussed a corridor in the Slovak government," he told reporters ahead of the foreign affairs meeting.