Hungary says must crack down on abuse of asylum rules

Fidesz proposed that the government should start a "national consultation" over the issue, and parallel to that, work to tighten legislation. 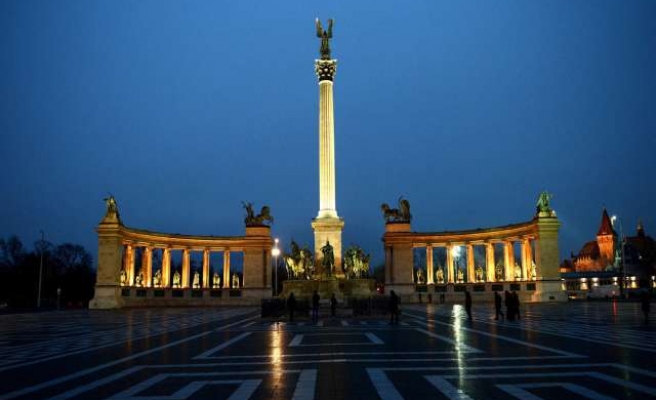 Rogan said the number of asylum seekers in Hungary had surged in the past two years and most were economic migrants for whom there were no jobs in Hungary. Many used Hungary to enter the Euroepan Union and then head towestern Europe.

He said in January alone, some 14,000 applications for political asylum were registered. If that trend continued, the number of immigrants -- most of them leaving their country for a lack of jobs -- could exceed 100,000 this year.

"We think this is extremely worrisome and therefore the Fidesz-KDNP party parliamentary group expressed it very clearly to the government that Hungary's gates must be shut to economic immigrants," Rogan told a news conference.

He said Fidesz proposed that the government should start a "national consultation" over the issue, and parallel to that, work to tighten legislation.

He said the consultation should focus on whether Hungarians believed applicants for political asylum should be detained and kept under control until their applications were assessed.

"And whether people support that Hungarian legislation should be shaped in a way that illegal immigrants ... should be expelled with immediate effect," he added.

Rogan said neighbouring Austria was expected to tighten rules by this summer, which meant the Hungarian government had to take action by then to prevent illegal immigrants landing back in Hungary.