Hungarian Prime Minister Viktor Orban has visited Vienna in a bid to gather support to "protect" his countries borders. 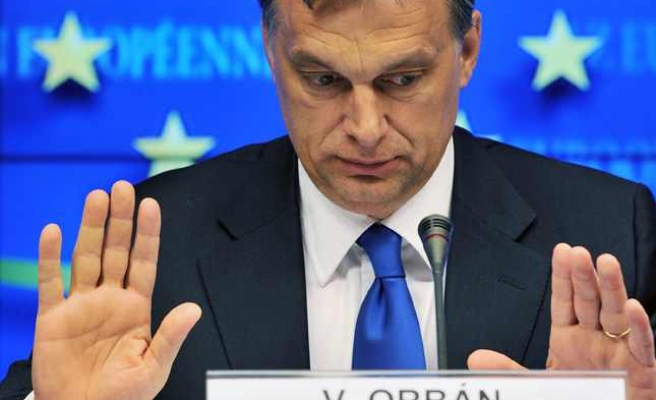 Just two weeks after Austria's chancellor said his treatment of refugees was reminiscent of the Holocaust, Hungarian Prime Minister Viktor Orban made a surprise visit to Vienna on Friday, seeking support for further barricading his country's southern border.

In an interview with German news magazine Der Spiegel this month, Austrian Chancellor Werner Faymann likened the way refugees were treated under Orban's government to the Nazis' deportation of Jews and others to concentration camps.

But Orban, whose visit was announced the previous evening, said he wanted other countries' support, either to create a clearer system for shuttling refugees across Hungary and Austria and into Germany, or for building fences to keep most of them out.

"We are ready to forget everything," Orban told a news conference at his country's embassy in Vienna after a closed-door meeting with Faymann. "Let's pretend nothing has happened."

In the absence of much clear agreement, the visit appeared at least to have eased tensions between Orban and his Austrian counterpart.

"It was not loud at all," Faymann told ORF radio, describing their encounter.

Although the two countries agreed to improve cooperation between their authorities on the thousands of refugees crossing their shared border each day, Orban said Faymann had opposed the idea of a "humanitarian corridor" and did not offer support for the idea of building more fences.

Orban's right-wing government has pledged to protect Hungarian borders and the European Union's external frontiers in response to the arrival of tens of thousands of refugees who have marched up the Balkans, most of whom want to reach Germany.

A 3.5-metre-high steel fence built along its border with Serbia and the government's tough clampdown on illegal migration have reduced the flow of refugees into Hungary from Serbia border to a trickle.

But refugees have changed their routes and are now pouring into the country from Croatia, and Hungary has started to erect a fence on that border as well. For the time being, Hungary has been shuttling thousands of them a day to near Austria, leaving them to walk across the border and continue west.

The flood will continue, Orban said, adding that the main question was how it could be stopped on the Croatian border.

"This is the big question of the next few days and weeks, I am trying to seek supporters for this," Orban said.

He said Hungary would make a decision about sealing its border with Croatia only after consultations to gather support for the move.

Croatia's proposal to create a corridor for refugees towards Austria was against relevant EU regulations, he said, but it could have still been considered, if Austria and Germany supported it. But Orban said Faymann made it clear during their talks that he did not support this corridor proposal.

"The way I see it now is that, even if not whole-heartedly, Austria acknowledges that Hungary, if it wants to uphold international agreements, should implement actual border controls along the Croatian-Hungarian border," Orban said.

At Zakany, a Hungarian border village, a train car with one end covered in razor wire coils was parked at the train station on Thursday. A similar carriage was used to plug the rail border crossing at Roszke on the Serbian border last week.