Hungary 'will not accept' refugees from other EU states

Refugees should be returned to Greece where they first entered EU, says Hungarian minister 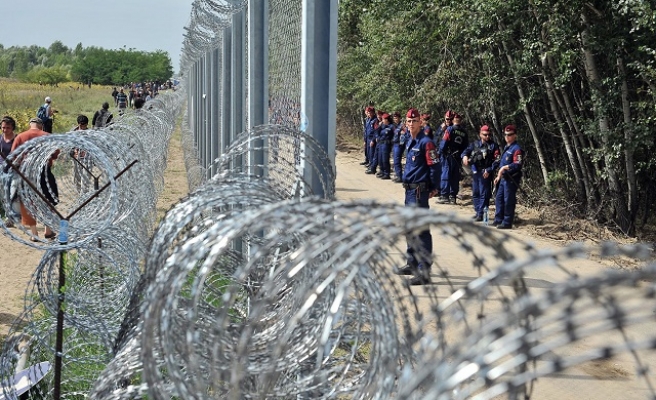 Hungary has said it will not accept any refugees sent to it by other European Union countries.

Janos Lazar, the minister in charge of the Hungarian Prime Ministry, told reporters on Thursday:

"Western European countries want to send about 40,000 migrants back to Hungary; we will not accept them, [not] even one of them."

"The migrants did not enter the European Union zone from Hungary; they entered from Greece, [to] where they should be sent," Lazar added.

Hungary closed its border with Croatia on 16 Oct., forcing refugees to take a new route toward Austria and Germany by passing through Slovenia.

Budapest also closed its frontier with Serbia on Sept. 14.

According to the International Organization for Migration, a total of 472,000 refugees entered Greece in 2015 by Oct. 16. Many crossed the sea from Turkey to Greece with the aim of reaching other EU countries, such as Austria, Germany, and France.

Before Hungarian measures to close the borders came into force, a popular refugee route passed through Macedonia, Serbia, Hungary and Austria.