In an interview aired on Monday morning, Hungary Prime Minister Viktor Orban has said that there has been no orders to shoot given to soldiers along the border. 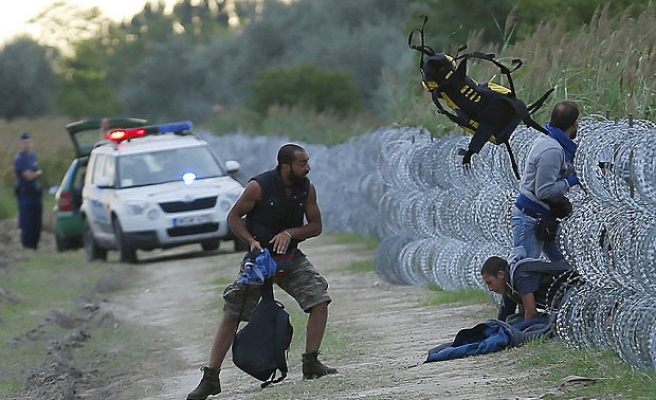 Hungary has no plans to shoot at refugees trying to cross its new southern border fence and is open to talks about European quotas for taking in refugees once the frontier is sealed off, Prime Minister Viktor Orban said.

In an interview aired on Monday by Austrian broadcaster ORF, Orban reiterated his view that many refugees surging through his country from crisis zones in the Middle East, Africa and Asia were fleeing poverty, not real refugees in need of asylum.

Construction crews are completing a 3.5-metre-(11.5-foot) high fence along the length of Hungary's boundary with Serbia to keep further refugees out. Orban's government has shrugged off the symbolism and Cold War echoes - noted by critics in western Europe - of razor-wire barriers and watchtowers along borders in formerly Communist eastern Europe.

"We are protecting Europe according to European rules that say borders can be crossed only in certain areas in a controlled way and after registration," he said in the ORF interview.

Asked if soldiers along the frontier would get orders to shoot, he said: "It is not necessary because there will be a fence that cannot be crossed. Whoever wants nevertheless to cross the fence must be arrested and prosecuted. No use of arms will be necessary."

Europe has been split over the idea espoused by Germany and Austria to set fixed quotas for countries to take in refugees in the biggest flow since the violent breakup of Yugoslavia in the 1990s. Asked if Hungary could accept such a system, he said:

"If Europe's outer border is not blocked off it makes no sense to speak of quotas. When we have sealed the outer border and thus stopped the illegal migration we can talk about any solution."