Iceland centre-right hopes to return to power after snap vote

With 65 percent of the votes counted at 0646 GMT, no party could claim a majority. 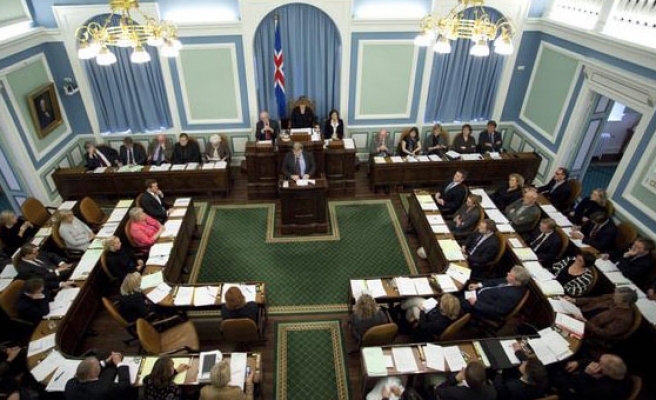 Icelandic Prime Minister Bjarni Benediktsson's conservative party was set Sunday to remain the country's biggest party after the second snap election in a year, but the makeup of the future government is uncertain.

Bolstered by a thriving economy, scandal-plagued Benediktsson and his Independence Party were facing a challenge from the Left Green Movement and its potential allies -- the Social Democratic Alliance and the anti-establishment Pirate Party.

Should they secure a fourth ally, they could potentially dethrone the conservatives.

According to preliminary results, Independence won 16 seats in the 63-seat parliament, followed by the Left-Green Movement with 11, and the Social Democratic Alliance with eight seats.

The Centre Party, formed by ex-prime minister Sigmundur David Gunnlaugsson who was forced to resign after being implicated in the Panama Papers tax evasion scandal, won seven seats.

And the People's Party is poised to become Iceland's first populist party to enter parliament with four seats.

Under the Icelandic system, the president, who holds a largely ceremonial role, tasks the leader of the biggest party with forming a government.

"We are winning this election. We hope to get more seats in parliament as the night goes on," Benediktsson told a cheering crowd of supporters on Saturday.

"We will need to take a deep breath and wait for the final results to see the options on the table," he later told AFP. "I am optimistic that we can form a government."