Iceland cut the level back to orange - the next highest level - saying the eruption was not creating ash. 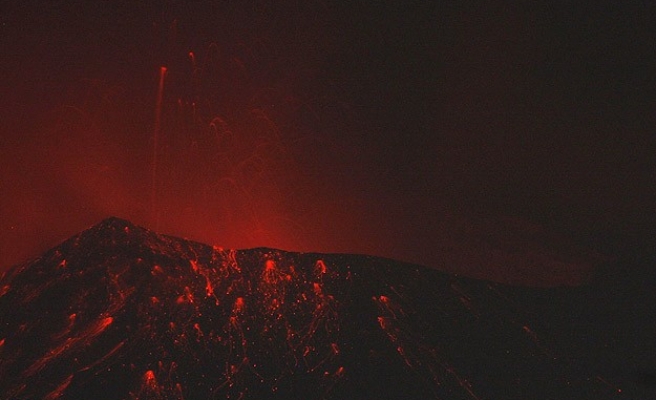 A fissure eruption near Iceland's Bardarbunga volcano was still spouting lava on Monday but no ash, a day after an eruption that briefly caused the country to raise its ash alert level for aviation to its highest level.

Iceland's largest volcanic system - 190 km long and up to 25 km wide (118 miles by 15.5 miles) - has been hit by thousands of earthquakes over the last two weeks, putting scientists have been on high alert.

"The fissure eruption is continuing at a stable level," Iceland's Meteorological Office said in a statement. "No explosive activity is observed, the eruption remains an effusive lava eruption."

On Sunday, lava fountains more than 50 meters high prompted the Met Office to raise its ash warning for aviation to red, the highest level on a five-colour scale indicating, that an eruption is imminent or under way, with a risk of spewing ash.

Iceland cut the level back to orange - the next highest level - later in the day, saying the eruption was not creating ash.

In 2010, an ash cloud from the Eyjafjallajokull volcano, in a different region of Iceland, closed much of Europe's air space for six days.