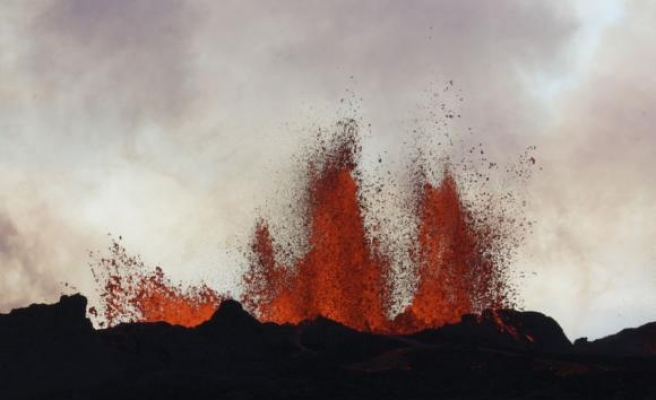 Iceland's Bardarbunga volcano poured out lava from a new opening in the ground on Friday, closer to the Dyngjujokull glacier, but there was still no ash emerging from the eruption, local authorities said.

So far, lava has reached the surface only on land that is not covered by ice, whereas an eruption under an ice cap may be explosive and result in an ash cloud that could under certain circumstances disrupt aviation.

"It hasn't reached the glacier yet and hopefully it won't, but it's not unlikely that it will," said Einar Heidarsson, a spokesman for Iceland's Civil Protection Department.

In 2010, a cloud of abrasive ash from the Eyjafjallajokull volcano, in a different region of Iceland, closed much of Europe's air space for six days after an eruption under the ice cap. The new fissure is about 4 km(2.5 miles) from the glacier.

Scientists were now inspecting the new fissure from the air and authorities were awaiting their findings, Heidarsson said.

The ash warning for aviation still stood at orange, the second-highest level on a five-colour scale indicating a risk of ash that could hinder air traffic, after a brief hike to the top level - red - on Sunday.

"Of course, as soon as it starts to erupt under the glacier, the beautiful lava you see now could possibly turn into ash, but at the moment there is no ash eruption going on," Heidarsson said.