'My view of the ongoing negotiations is that we are still a good distance away from having a coherent program that I can present to our Executive Board,' Christine Lagarde says 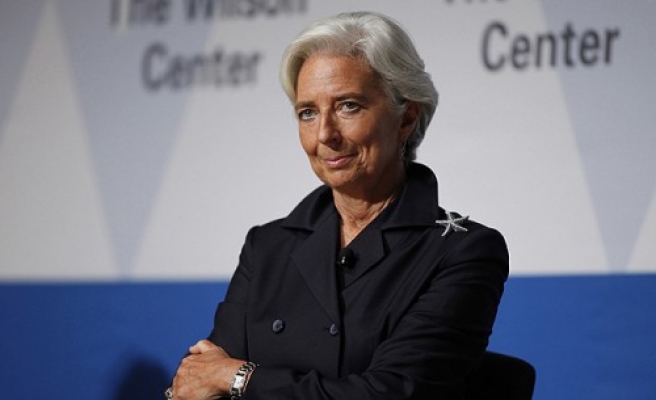 International Monetary Fund chief Christine Lagarde on Sunday told Greek Prime Minister Alexis Tsipras that "we are still a good distance away" in negotiations for a new deal for hard-up Athens.

Her strongly worded letter to the prime minister, made public by the IMF, comes amid tense ties between Athens and the IMF after WikiLeaks said the lender sought a crisis "event" to push the indebted nation into concluding talks over its reforms.

"My view of the ongoing negotiations is that we are still a good distance away from having a coherent program that I can present to our Executive Board," Lagarde wrote, in unusually forceful terms, after Tsipras wrote to her in the wake of the WikiLeaks allegations.

"I have on many occasions stressed that we can only support a program that is credible and based on realistic assumptions, and that delivers on its objective of setting Greece on a path of robust growth while gradually restoring debt sustainability."

The Greek government on Saturday reacted strongly to the WikiLeaks report, saying it wanted the IMF to clarify its position.

Lagarde rebuffed any suggestions the IMF was pushing for crisis in Greece.

"The IMF conducts its negotiations in good faith, not by way of threats, and we do not communicate through leaks," IMF managing director Lagarde said in her letter, adding that she was releasing the details of the text "to further enhance the transparency of our dialogue."

"I also look forward to any personal conversation with you on how to take the discussions forward," she added.

In July, Greece accepted a three-year, 86-billion-euro ($94 billion) European Union bailout that saved it from crashing out of the eurozone. But the bailout came with strict conditions such as fresh tax cuts and pay cuts.

The IMF worked with the EU on two previous bailouts for Greece since 2010 but the Washington-based lender said it would not participate in the third rescue plan without credible reforms and an EU agreement to ease Greece's debt burden.

Athens is under pressure to address the large number of non-performing loans burdening Greek banks and to push forward with a pension and tax overhaul resisted by farmers and white-collar staff.

Tsipras has accused the IMF of employing "stalling tactics" and "arbitrary" estimates to delay a reforms review crucial to unlock further bailout cash.

Mission chiefs from Greece's international lenders -- the EU, IMF, European Central Bank and European rescue fund -- are due to resume an audit of the reforms on Monday.

"I agree with you that successful negotiations are built on mutual trust, and this weekend’s incident has made me concerned as to whether we can indeed achieve progress in a climate of extreme sensitivity to statements of either side," Lagarde wrote.

"On reflection, however, I have decided to allow our team to return to Athens to continue the discussions," she added, stressing that "it is critical that your authorities ensure an environment that respects the privacy of their internal discussions and take all necessary steps to guarantee their personal safety."