Immigrants who arrived in the UK from the European Economic Area (EEA) after 1999 contributed about 34 percent more in taxes than they received in benefits over the period of 2001-2011. 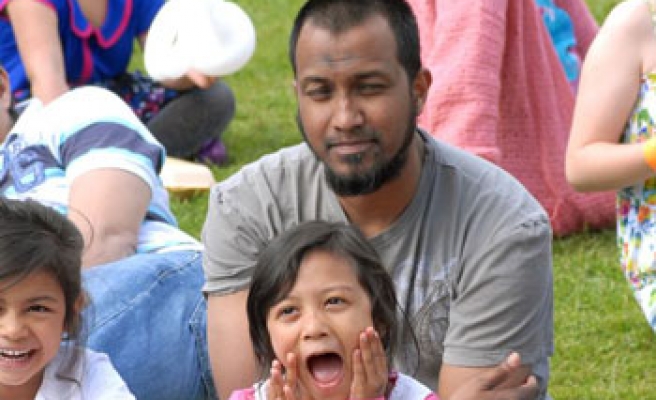 World Bulletin / News Desk
In comparison with most other European countries, the UK is attracting highly educated and skilled immigrants, according to University of London Economics Professor, Christian Dustmann.

The UK has recently been embroiled in an immigration debate that has called for stricter immigration laws and tighter enforcements.

The immigration bill, currently being pushed through the House of Lords after gaining approval in the House of Commons, will make provisions about immigration laws to limit access to services, facilities and employment.

Speaking at a UK immigration conference in London on Tuesday, Dustmann said that immigrants in the UK have made positive contributions to the economy, and contrary to popular beliefs, do not pose any threat.

Dustmann said that immigrants arriving in the UK from the European Economic Area (EEA) after 1999 contributed about 34 percent more in taxes than they received in benefits during the 2001-2011 period.

According to Dustmann's research: "UK immigrants who arrived from 2000 onwards are less likely to receive benefits and less likely to live in social housing than UK natives."

Those who arrived after 1999, constitute 33 percent of the overall immigrant population in the UK. And in 2011, immigrants were 45 percent less likely to receive state benefits or tax credits than UK natives.

In terms of education, Dustmann said that in 2011, 32 percent of recent EEA immigrants and 43 percent of non-EEA immigrants held a university degree. The comparable figure for UK natives stood at 21 percent.

According to government figures, from 2010, 2.2 million Brits lived in EU countries, while 2.3 million EU citizens are currently living in the UK.