Independent Scotland would have to reapply to EU, NATO

Independence campaigners want Scotland to seek NATO membership as a non-nuclear state if it breaks away from the rest of the United Kingdom, ending a 307-year tie to England. 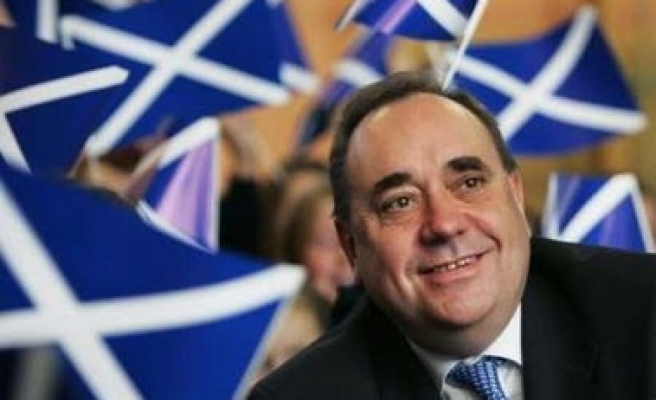 Scotland would have to reapply for membership of both the European Union and NATO if Scots vote to leave the United Kingdom in a referendum this month, officials said on Monday.

With 10 days to go to a referendum on Scottish independence, a poll published on Sunday showed for the first time this year that supporters of independence took the lead over people in Scotland who favour keeping the 307-year-old union with England.

The pro-independence campaigners want Scotland to remain part of the EU and NATO.

European Commission spokeswoman Pia Ahrenkilde-Hansen refused to make any new comment on the Scottish referendum at the Commission's daily press briefing on Monday, saying "it is for the Scottish people and for the British citizens to decide on the future of Scotland".

She said the EU executive's position on an independent Scotland had not changed.

She refused to spell out what that was, but in response to a request from Reuters, the Commission sent a letter from European Commission President Jose Manuel Barroso to a member of Britain's upper chamber of parliament in 2012. In the letter, Barroso sets out the Commission's position on whether an independent Scotland would remain part of the 28-nation EU.

He pointed out however that any European state which met the EU's membership criteria may apply to join the EU.

Asked whether an independent Scotland would have to apply to join NATO, a NATO official told Reuters that no discussions had been held on the issue and no decisions have been taken.

"However, it appears widely agreed that, as a matter of law, a Scotland which has declared its independence and thereby established its separate statehood would be viewed as a new state. A new state would not be a party to the North Atlantic Treaty, and thus not a member of NATO," the official, speaking on condition of anonymity, said.

"If it were to choose to apply for NATO membership, its application would be subject to the normal procedure," he said.

Scottish First Minister Alex Salmond, leader of the pro-independence campaign, has dismissed suggestions that an independent Scotland would struggle to join NATO if it removed Britain's Trident nuclear deterrent from Scotland as planned by 2021, or be refused membership of the EU.

Negotiations to join the EU and NATO can take years.

Barroso weighed in to the Scottish referendum debate when he told a BBC television interviewer in February that states breaking away from existing EU countries would struggle to gain EU membership.

All EU states would need to back the membership of any new country that emerged from a member state, he said.

Secession is a sensitive subject for several other countries that have regions seeking to form their own states. Spain is wary that a vote for Scottish independence might encourage separatists in its Catalonia region.

Salmond said in April that if Scots chose to break away from the United Kingdom, he expected it would be possible to negotiate EU membership before a formal declaration of independence in March 2016.

British Prime Minister David Cameron said on Monday a number of NATO partners had used last week's summit of the alliance in Wales to raise concerns about Scotland's Sept. 18 vote on independence.

Asked by a lawmaker in parliament if he had discussed the implication of potential Scottish secession on both the defence of the United Kingdom and of NATO, Cameron said: "Of course a number of people raised their concerns about the referendum."

"The overwhelming view of people who wish our country well is to say of course it is a decision for the people in Scotland but they hope we stay together," Cameron told parliament.

Britain has four submarines carrying Trident nuclear warheads operating out of the Faslane naval base in Scotland. The pro-independence Scottish National Party wants nuclear weapons removed from an independent Scotland at the earliest opportunity.