Just 40,000 people live on Canvey Island in Essex, a 40-minute train ride from London but a world apart from the British capital. 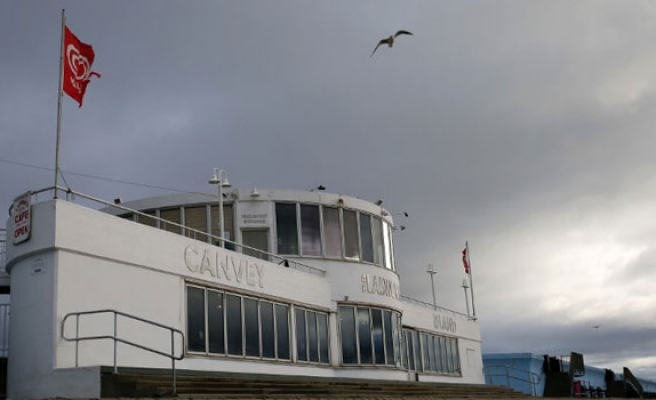 A small island community in the Thames Estuary that voted massively for Brexit is now drawing inspiration from distant Catalonia for its own plans to gain independence from authorities on the mainland.

"We are surrounded by sea, I suppose it gives us that feeling of independence," said Edward Parkin, 39, who works at the waterfront arcade Parkins Palladium.

Just two roads connect the area to the mainland and there has been resentment that decisions are being taken on the other side of the water which affect the community.

"It is always the mainland that decides. People are fed up," said Dave Blackwell, whose frustration with the situation led him to create the Canvey Island Independent Party (CIIP).

The latest move seen as unacceptable by Blackwell is a proposal to turn a community centre into housing, following a decision by Castle Point borough council -- which governs Canvey.

The septuagenarian has announced a petition on independence and, inspired by Catalonia, a referendum for Canvey to separate from Castle Point and run its own affairs.

"If we'd have a referendum tomorrow, 80 percent of the people would be in favour of independence," he said.

Islanders have already tested their breakaway views at the polls, with the area voting by 72.7 percent in favour to leave the European Union in last year's referendum -- one of the highest proportions in the country.

Blackwell, who started his party 14 years ago, sees his ongoing bid for independence as similar to Brexit.

"We have done campaigning for independence in the past. It grew," he said.

"People are fed up with mainstream parties and want to be able to determine their own future."

Nine out of the 11 Canvey Island town councillors have already been convinced to join CIIP, along with 15 of 17 councillors representing the island in Castle Point council.

But the leader of Castle Point council, Colin Riley, is firmly against the idea and argues the talk of separatism is taking away from the "wonderful sense of community" within the area.

"At a time when all councils are facing increasing pressures on budgets and are looking at ways of working together it would be contrary to promote independence for Canvey island," he told AFP.

"I am hopeful that we can quickly get back to business."