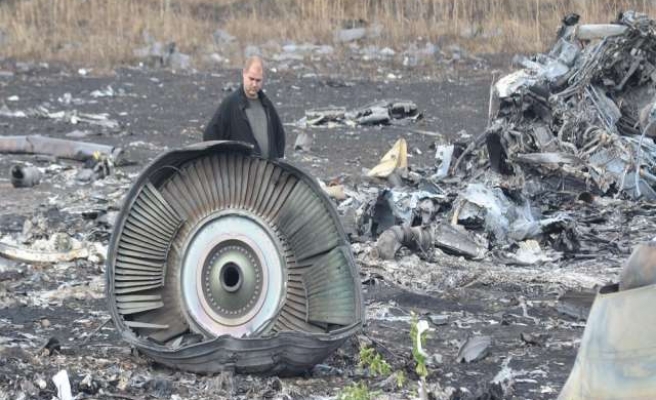 The Boeing 777 was flying from Amsterdam to Kuala Lumpur with 298 passengers and crew aboard when it crashed with no prior warning over the front lines of Ukraine's conflict between Moscow-backed separatist and Kiev government forces.

Parts of the aircraft were brought to the Netherlands late last year because heavy fighting between pro-Russian separatist rebels and Ukrainian government forces had for months prevented safe inspection of the crash site in the country's east.

The United States has said rebels downed the airliner with a ground-to-air missile, while Russia says Ukrainian government forces shot it down from the air.

"In the past week the (team) conducted several investigations of the wreckage, including the fractures, failure mechanisms and impact patterns," the Dutch Safety Board said in a statement.

Investigators will soon begin a three-dimensional reconstruction of parts of the aircraft at the Dutch air force base where the wreckage is stored, the Board said, adding that relatives of victims would be able to visit in early March.

In an initial report, Dutch investigators assessed that the airliner's fuselage was pierced by "high energy objects" - which could have come from the ground or the air. Prosecutors have said they are open to both possibilities but think it more likely the aircraft was shot down from the ground.

The Netherlands is leading the criminal and air safety investigations into the disaster, since more than two thirds the victims were Dutch. Investigators from Ukraine, Malaysia, Australia, Britain, Belgium and Germany are also taking part.

A spokesman said the safety board's draft report into the circumstances of the MH17 crash would probably be ready after the summer, at which point the other countries involved could make their own submissions.

But the Dutch team will be under no obligation to change its report even if another country's authorities disagreed radically with its conclusions, the spokesman said.