The Geneva negotiations, held at the level of political directors, are the culmination of five days of talks in the Swiss city and Paris 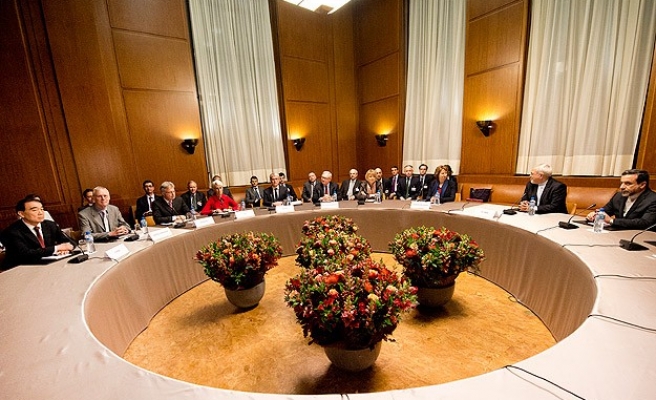 Iran and major powers will meet again next month to try to narrow differences over Tehran's nuclear programme after making limited progress on Sunday, as Washington lobbied to stave off fresh sanctions, diplomats said.

All sides agreed to step up efforts to reach a political understanding by the end of March with a view to clinching a full-blown deal by their self-imposed deadline of June 30.

"The mood was very good, but I don't think we made a lot of progress," France's negotiator Nicolas de la Riviere told reporters as he left the European Union mission in Geneva.

"We reviewed all subjects on the table and we had very serious and business-like negotiations," he told reporters. "We are still trying to bridge the gap between the two sides."

The negotiations, held at the level of political directors, capped five days of diplomacy in Geneva and Paris, including lengthy meetings between U.S. Secretary of State John Kerry and Iranian Foreign Minister Mohammad Javad Zarif.

"Substantive progress is limited, experts will continue tomorrow (Monday) morning. It is fair to say that everybody is committed to stepping up efforts," a diplomat told Reuters.

U.S. President Barack Obama warned lawmakers on Friday not to trigger new sanctions against Iran over its nuclear programme, saying such a move would upset diplomatic talks and increase the likelihood of a military conflict with Tehran.

Negotiators failed in November to meet a self-imposed deadline for clinching an elusive agreement seen as crucial to reducing the risk of a wider Middle East war.

Under a late-2013 accord with the six powers, Iran halted its most sensitive nuclear activity and took other steps in exchange for some easing of economic sanctions.

It was negotiated to buy time for talks on the final settlement of a dispute over Iran's nuclear programme that is more than decade old. Tehran says it is peaceful but the West fears may be aimed at developing a capability to produce nuclear weapons.