Ireland heads to election as gov't on verge of collapse 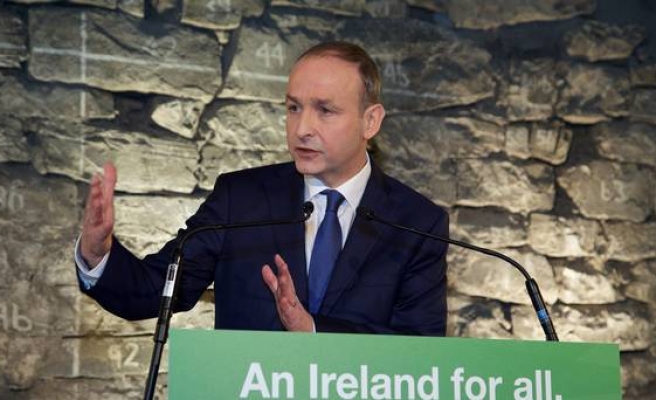 The Irish government is on the verge of collapse over a motion of 'no confidence' Thursday night by the country’s second largest party, Fianna Fail, against the deputy prime minister.

The imminent political crisis started when Irish Prime Minister Leo Varadkar expressed his support for Frances Fitzgerald and his party passed a motion to support his deputy at an emergency party meeting.

The Fianna Fail motion will seek a 'no confidence' against the deputy prime minister due to allegations that she was aware of a campaign to discredit Garda (Irish police) whistleblower at a commission.

Fianna Fail was in a confidence and supply deal with the leading Fine Gail and has supported the minority government since the general elections held in Feb. 2016 did not give any political party a majority to form a government.

Fianna Fail, according to the deal, agreed not to vote against the Fine Gail government in confidence motions and to support it for budget votes.

Varadkar told his senior ministers he would not be sacking Fitzgerald, did not expect her to resign and did not want her to resign.

He told his colleagues he did not want a general election but would not allow the deputy prime minister to be “thrown under the bus”.

The motion targeting Fitzgerald is expected to be tabled after a Friday meeting by Fianna Fail.

The opposition party, Sinn Fein, already tabled their motion against  the deputy prime minister on Thursday and it will be debated next week.

The government is likely to collapse if the lawmakers vote to pass the motion and an early general election is likely to be held, according to the local media reports.

The Fine Gael executive council will meet next week and party officials are preparing to have the organisation ready for an election in mid January, the Irish Times reported.