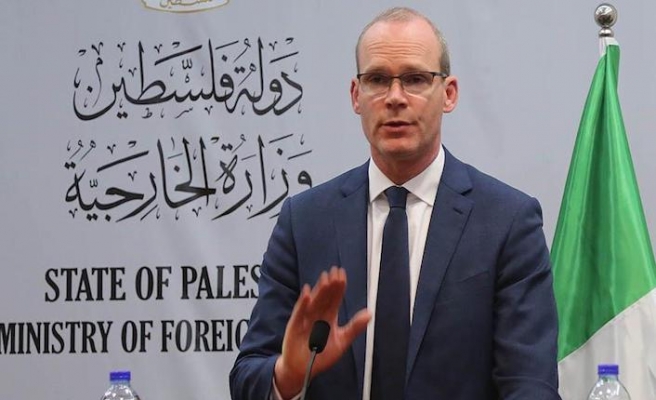 Ireland may recognize Palestine as a state if talks over a two-state solution with Israel keep failing, the Irish foreign minister said Saturday.

Simon Coveney made the remarks during a joint press conference in Dublin with visiting Palestinian Foreign Minister Riyad al-Maliki, who was accompanying President Mahmoud Abbas.

“We have made a choice not to officially recognize the state of Palestine just yet,” the Irish Times quoted Coveney as saying.

“But if this hopelessness continues in terms of the dialogue working we will be forced to review that for obvious reasons, as I think a lot of other countries in Europe will too,” he added.

He said Ireland has already committed to recognizing a Palestinian state as part of a peace process; however, if negotiations between Palestine and Israel continue to prove fruitless, “we may have to forget the second part of that."

Al-Maliki was in Dublin with Abbas, and the duo also met Taoiseach (prime minister) Leo Varadkar and President Michael D. Higgins during their stopover on their way to New York to attend next week's UN General Assembly.

Abbas is expected to plea to the international community to salvage the two-state solution in the Israeli-Palestinian conflict or totally abandon it.