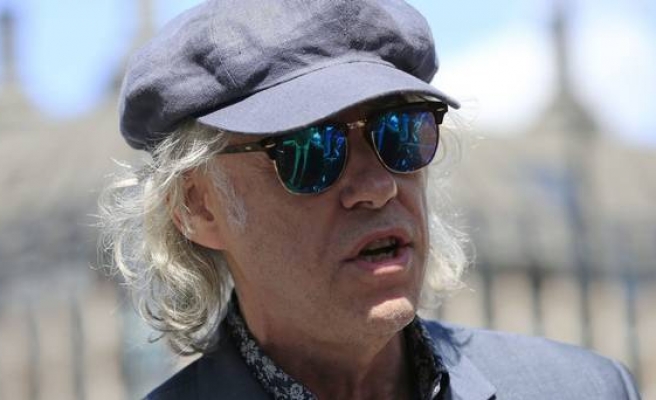 Irish singer and humanitarian Bob Geldof is due on Monday to return a civic award he shares with Myanmar's leader Aung San Suu Kyi.

The gesture is in protest at Suu Kyi's response to the Rohingya Muslim crisis in her country, where, since Aug. 25, over 611,000 people have fled the western state of Rakhine into Bangladesh.

Geldof, 66, is the man behind 1985's Live Aid -- which saw international music stars come together for a massive televised fundraising concert in London against the backdrop of a cataclysmic famine in Ethiopia.

In a statement, Geldof said he would return the Freedom of the City of Dublin -- his hometown -- claiming Suu Kyi's "association with our city shames us all and we should have no truck with it, even by default. We honored her, now she appalls and shames us.

“In short, I do not wish to be associated in any way with an individual currently engaged in the mass ethnic cleansing of the Rohingya people of north-west Burma [Myanmar]".

He is due to return the award -- often given to prominent humanitarians or those involved in conflict resolution -- at City Hall in Dublin later today.

Suu Kyi has faced a growing international backlash to her response to the emergency in Myanmar. Leader of the National League for Democracy, the diplomat and human rights activist had been repeatedly honored for her opposition to Myanmar's military rulers, even being award the Nobel Peace Prize in 1990.

However, her record of pro-democracy activism -- she also spent long periods in detention and under house arrest -- has since been undermined because of the Rohingya crisis.