Irish PM warns of violence as Adams remains in jail 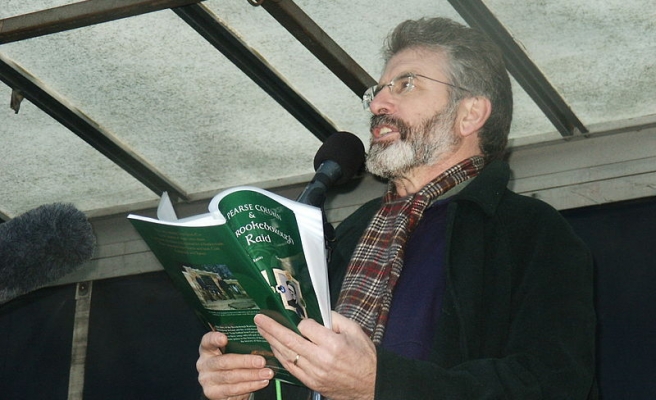 The Prime Minister of the Republic of Ireland, Enda Kenny, has warned that the ten children of 1972 murder victim Jean McConville, may be at risk after Northern Ireland's republican Sinn Fein leader Gerry Adams was arrested in connection with the case.

Kenny, who has refused to support Sinn Fein as the investigation into the killing continues, urged Adams to co-operate with investigators as he enters his fourth day in custody. Although Adams has never denied having links to the Irish Republican Army (IRA), which is accused of the killing, Adams denies playing a role in McConville's murder.

Her son, Michael McConville, previously warned that he fears for his life if he gives the names of the IRA gunmen who stormed his family home in Belfast and kidnapped his mother.

Jean McConville was abducted, killed and buried at a secret location after she was wrongly accused of being a spy.

Police have asked to detain Sinn Fein leader Gerry Adams till Sunday as his supporters protest outside the police station in Antrim where he is being held.