Israeli defense minister in Zagreb, heading up defense, IT delegations to EU country 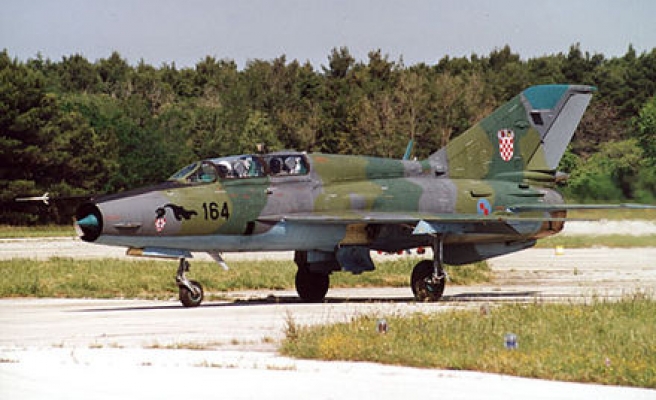 Israel’s Defense Minister Avigdor Liberman on Tuesday confirmed his country was in discussions with Croatia over supplying combat aircraft and military cooperation.

Croatia will close a tender for the purchase of a squadron of combat aircraft, which was announced in July this year to replace its existing MIG combat fleet that does not meet NATO standards.

He talked about training Croatian officers in Israel and expanding cooperation in cyber security. The Croatian Ministry of Defense will send two military officers to Israel this November.

Liberman was on an official visit to the Croatian capital Zagreb, heading a delegation of Israeli defense and IT companies to the EU country.

Speaking at a joint news conference, Lieberman said he appreciated Croatian engagement in the fight against terrorism, particularly in missions in Afghanistan and in the coalition against Daesh.

Lieberman also referred to the killing of three Israelis in a gun attack allegedly by a Palestinian on Tuesday morning:

"As you know, we have been fighting terrorism for many years -- every day -- including this morning.”

Krsticevic signed an agreement in Israel on cooperation on disaster prevention and emergency response management in January this year.

A second meeting of the two ministers took place in March, when an agreement on defense cooperation was also signed in Israel.