Roberto Calderoli said, "I love animals - bears and wolves, as everyone knows - but when I see the pictures of Kyenge I cannot but think of, even if I'm not saying she is one, the features of an orangutan." 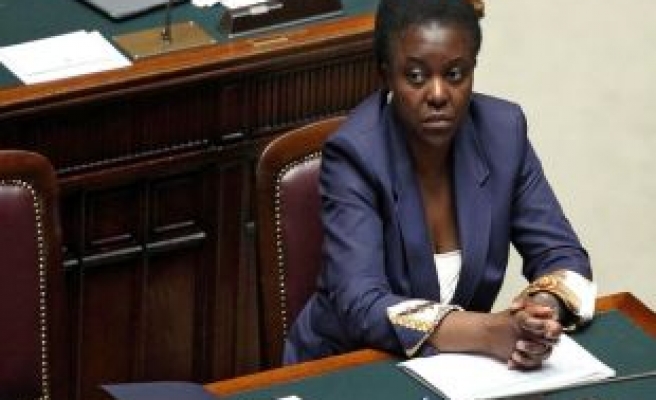 A senior parliamentarian in the anti-immigration Northern League party has likened Italy's first black minister to an orangutan.

Cecile Kyenge, an Italian citizen born in the Democratic Republic of Congo, has been the target of repeated racial slurs since her appointment as integration minister in April.

Roberto Calderoli, vice president of Italy's Senate, said on Saturday at a political rally in the northern town of Treviglio, "I love animals - bears and wolves, as everyone knows - but when I see the pictures of Kyenge I cannot but think of, even if I'm not saying she is one, the features of an orangutan."

He said the success of Kyenge encouraged "illegal immigrants" want to come to Italy, and she should be a minister "in her own country", according to media reports.

Most of the racist taunts - "Congolese monkey", "Zulu" and "the black anti-Italian" - have come from far-right groups.

Last month, a Northern League member in the European parliament was expelled from the eurosceptic Europe of Freedom and Democracy group for making racist remarks about her.

Mario Borghezio had attacked Kyenge for wanting to impose "tribal traditions" in Italy as member of a "bonga bonga" government, an apparent play on the so-called "bunga bunga" parties of former Prime Minister Silvio Berlusconi.

In 2006, he was forced to resign as reform minister after displaying a T-shirt mocking the prophet Muhammad during a state news broadcast. Later the same year, after Italy won the soccer World Cup, he made racist comments about the French team.

While Italy had won the cup with ethnic Italians, France had lost because its players were "niggers, Muslims and communists".

On Sunday, politicians, including some from his own party, lambasted Calderoli, with some calling for him to resign as Senate vice president. In an official statement and on Twitter, Prime Minister Enrico Letta said the comments were unacceptable.

"They go beyond all limits. Full solidarity and support to Cecile. Forward with your and our work," Letta said.

Kyenge is campaigning to make it easier for immigrants to gain citizenship, and she backs a law that would automatically make anyone born on Italian soil a citizen.

Calderoli said he had no intention of resigning and offered only a qualified apology, saying it was "immediately clear to everyone present" that his comment was made in the context of a political rally, Ansa news agency reported.

"I did not mean to offend and if minister Kyenge was offended I am sorry, but my comment was made within a much broader political speech that criticised the minister and her policies," he said.

Kyenge has not made an official statement, but she told AGI news agency that Calderoli should reflect on how he wanted to represent Italy as a senior Senate member.

"I don't want to address Calderoli the person, but as a representative of an institution: Reflect on what you want to represent through your language," she said.