“People are fed up and it’s not true that they support it,” Domenico Madafferi, the mayor of San Ferdinando said. 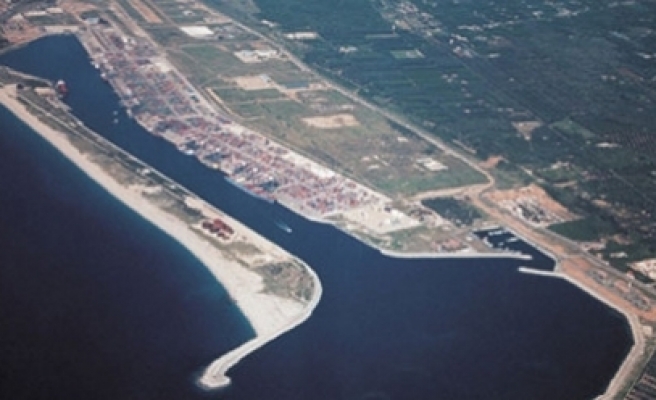 Residents in the Calabrian port of Gioia Tauro, which is host to a shipment of deadly Syrian chemical agents, are fearing the impact the weapons will have on their health and the environment.

On Wednesday the weapons are expected to be transferred onto the US cargo ship MV Cape Ray, which arrived at the port in February, for destruction at sea.

The materials include mustard gas and the ingredients for the nerve agents sarin and VX and is the deadliest in Syria's 1,290-tonne declared chemical arsenal.

La Stampa reported that despite the transfer being seen by dock workers as a way to help revive the port, which has been severely hit by the financial crisis and competition from ports in Greece, Egypt and Malta, local residents fear the impact the materials will have on their health and the environment.

“People are fed up and it’s not true that they support it,” Domenico Madafferi, the mayor of San Ferdinando, where the port is based, was quoted by the newspaper as saying.

“We’re not even sure about the materials being transported…Some people speak about the lethal impact of iprite [mustard gas] and sarin, others are even claiming that the entire load of weapons is ready for use.”

Madefferi also accused the Italian authorities of “making it rain on the heads" of people in Calabria, one of Italy’s poorest regions.

Although some weapons will also be destroyed in Britain, the US and Finland countries such as Albania, Norway, Belgium and France all refused to host the poisonous stockpile before Italy accepted.

On Tuesday ahead of the arrival of the shipment aboard the Danish vessel Ark Futura, a control room housing local officials, firefighters, police and navy officers will begin operating.

A one kilometre (0.6 mile) no-fly zone will be put in place between July 1st and 3rd.

"The transfer will take a maximum of 48 hours and may be done within a day," said Michael Luhan, a spokesman for the Organisation for the Prohibition of Chemical Weapons (OPCW), which is charged with extracting and destroying the stockpile, told AFP on Saturday.

"They have the equipment that they need, that is why we chose Gioia Tauro as it deals with this type of cargo all the time," he added.

After the chemicals are transferred, they will be transported aboard the Cape Ray into international waters and destroyed in a process the OPCW says will take "up to 60 days".