Letta's government wins a confidence vote after Berlusconi made an unexpected position shift to vote in favor of the government. 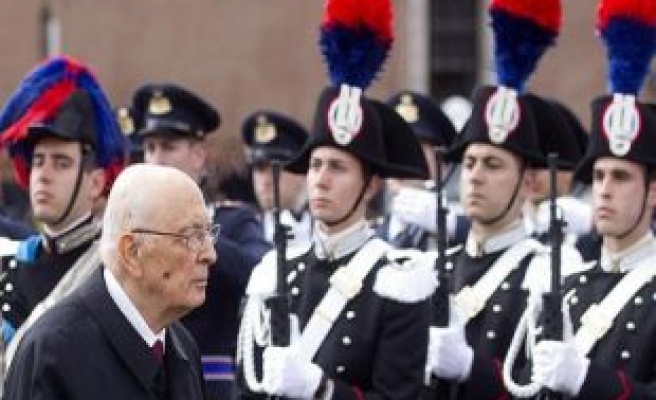 Italian President Giorgio Napolitano warned on Thursday not to play "games of massacre" against the Italian government.

The government survived a vital confidence vote at the Senate on Wednesday after the recent political crisis sparked by former premier Silvio Berlusconi.

The order came after moves to eject the three-time premier from parliament after the Italian Supreme Court approved a tax-fraud conviction against the media magnate last month.

Letta managed to keep his government afloat with 235 votes in favor and 70 against his coalition, after Berlusconi made an unexpected position shift to vote in favor of the government.

"The Prime Minister and the Italian government could no more tolerate games of massacre," said an official statement from the Presidential Palace Quirinale, stressing the firm stance of the government.

The Italian daily "La Repubblica" headlined Berlusconi u-turn as "Defeat of Berlusconi," referring to his threats to pull back his ministers from the coalition.