Italy and France: War of words between two colonialists 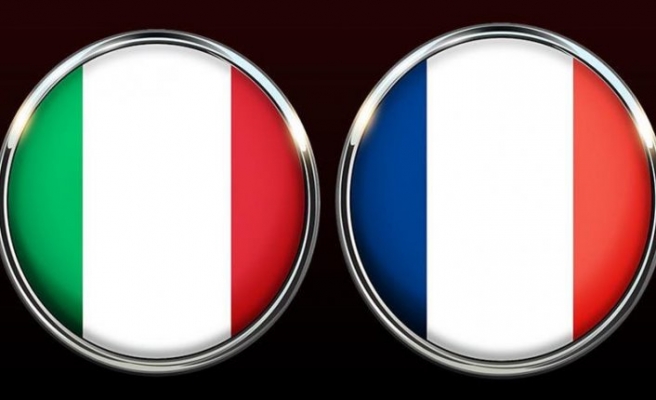 Italy has blamed France for the migrant crisis in Europe and calls on the EU to sanction France for its colonialist policies in the African continent.

France’s Foreign Ministry summoned the Italian ambassador in a tit-for-tat move to blast the "hostile remarks."

“If today people are leaving Africa, it is because some European countries, with France taking the lead, have never stopped colonizing tens of African states," Di Maio, the anti-establishment leader of the Five Star Movement (M5S), told a rally in Italy's Abruzzo region.

France called the accusations made by Italy "ludicrous," according to a French source in Macron's office as reported by Reuters.

Italy, Spain and Greece are the first destinations of migrants and asylum seekers arriving from Africa to Europe.

Italian Prime Minister Giuseppe Conte added fuel to the fire on Wednesday during the Davos Summit underway in Switzerland, asking France to hand its UN Security Council seat over to the EU.

"If France wants to put at our disposal its seat on the UN Security Council, let's talk about it and do it in a European context -- if we really want to give importance to that context," he said.

"Our goal cannot be giving one seat more to an individual European country," said the Italian premier.

Who started the row?

It all started last year, when the French president Emmanuel Macron criticized Italy by using the term "popular leprosy" as the populist League and anti-establishment M5S formed a coalition government.

In response, Italy supported the violent, anti-government Yellow Vest riots that have been rattling France since Nov. 17.

The Italian government has encouraged the protesters to not give up.

Whose history is less dark?

Italy itself was one of the European colonizers in Africa. Italian colonization began in 1886 with the invasion of the Eritrean port city of Massawa until the Italian Empire took control of all modern-day Somalia, Ethiopia, Eritrea and Libya.

The Libyan Resistance Movement, for instance, led by national war hero Omar Mukhtar who was captured and hanged in 1931, eventually succeeded in 1951 in liberating Libya from the Italian occupation. Half of the Libyan population was killed in four decades.

The bloody history of the French colonization in Africa dates back to the 16th century and culminated in the 19th and 20th -- second only to the British colonial empire.

According to publicly accessible official and media sources in North African countries that gained their independence from France, French military forces killed more than a million people in Algiera alone; hundreds of thousands more in other colonized countries such as Tunisia, Morocco, Guinea, Gabon andMadagascar.