The meeting of Eurozone finance ministers in Luxembourg said that Italy had to catch the fiscal line, while its representative Giovanni Tria had refused to attend. 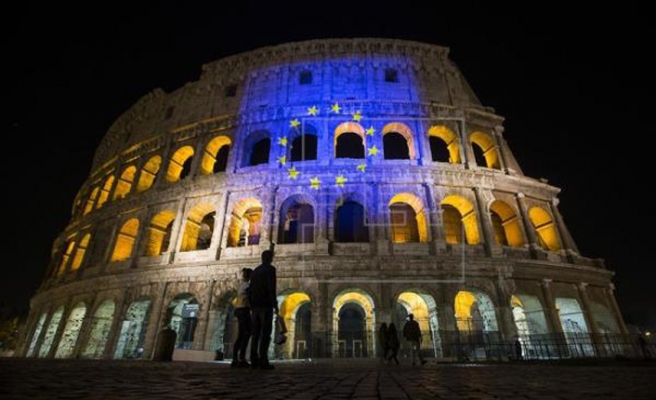 Italy challenged pressure from Brussels and its eurozone partners on Tuesday to reject ambitious budget plans, threatening to sue EU officials blamed for a deepening crisis in Rome's financial markets.

"We will not retreat from the target of 2.4 percent. We will not go back, not even one millimeter, "said RTL radio Luigi Di Maio, deputy prime minister and head of the anti-establishment Movement, 5 Stars.

Di Maio said there was "no doubt" that the leaders of France and Germany wanted the Italian government to fall, while a lawmaker suggested it would be better for the country to emerge from the eurozone."Most member states will clearly require that these rules (EU budget) be respected," Austrian Minister Hartwig Loger, whose country holds the rotating EU presidency, said.

European Commission Vice-President Valdis Dombrovskis said the current draft appears to be incompatible with the rules, although Brussels was open to dialogue.