'Either Europe changes its economic policies, its approach to immigration, the way in which it creates the idea of community, or Europe risks reducing to shreds the biggest political operation ever realized,' Matteo Renzi says 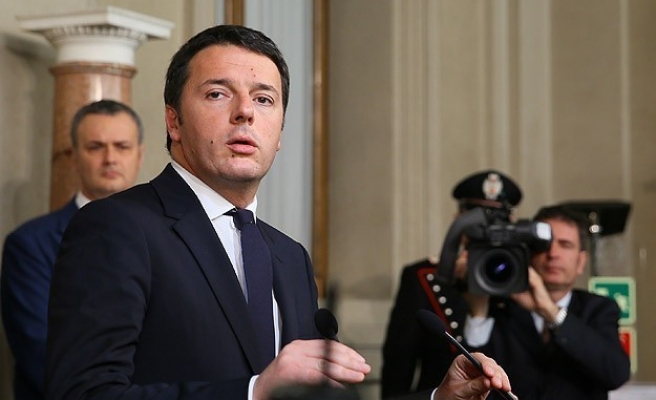 Italian Prime Minister Matteo Renzi on Monday defended his score card after two years in power and said he was "hungry" to push on with reforms at home and in Europe.

"Italy is no longer Europe's problem. Italy is strong, solid, but it still has lots to do and I still have the same hunger I had the first day in office," he told journalists at the Foreign Press Association in Rome.

"Never, in any European country, have so many reforms been carried out in such a short period."

And although Italy "needs to change further", Renzi is determined to make saving the European dream part of his legacy too.

"Either Europe changes its economic policies, its approach to immigration, the way in which it creates the idea of community, or Europe risks reducing to shreds the biggest political operation ever realised," he said.

He also warned Eastern European countries that if they failed to pull their weight in the migrant crisis and simply closed their borders, they would pay the price in the 2020-2026 EU budget, which he said would be on the table shortly.

"We will have to take into account that some countries see solidarity as a one-way street. If you seek solidarity when you ask for funds, you have to show solidarity when there's an emergency to be faced," he said.

Despite the crises plaguing the EU, he urged Britain to vote to stay in the bloc at a referendum later this year, saying that "if it leaves, the consequences will be worse for British citizens than for European ones".

While praising his counterpart David Cameron's election campaign skills, he said it would be "a very difficult campaign," and warned that if Britain leaves "the main problem will be for the UK, its businesses and its citizens".