30 migrants werebolted by traffickers into the hull of an overcrowded fishing boat near Sicily. 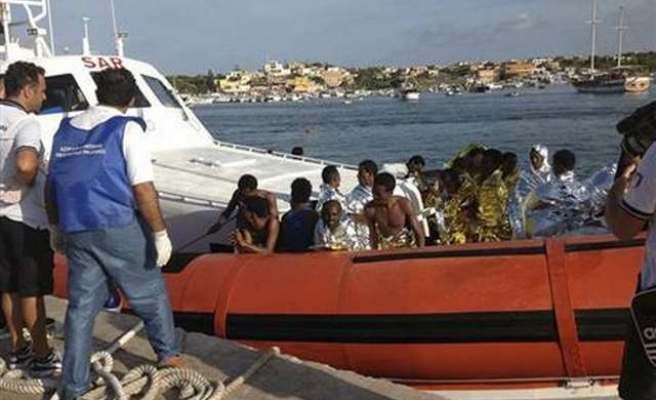 Horrific accounts emerged on Tuesday of how 30 migrants were left to die, bolted by traffickers into the suffocating hull of an overcrowded fishing boat, as their bodies were brought to Sicily for burial.

"There were too many of us. They forced us onto the boat, though there was no space left. Those inside, with the hatch closed, they were killed," a young Syrian survivor was quoted as saying by the Corriere della Sera daily.

"When they tried to get out, to escape the heat, the lack of oxygen and the fumes, the traffickers - fearing the boat would capsize - gave the order to keep them inside, bolting the hatch," the paper said.

Sobbing migrants told the police of their attempt to rescue their friends and relatives. They asked the traffickers to let them go and to come back but they refused to open the hatch or to turn back.

"We tried to rescue them as soon as we realised what was happening. We did everything, but it was too late. They looked like they were sleeping," one distraught man was quoted by La Repubblica as saying.

Another said "they piled us in like beasts. We asked to turn back but they said it was too late."

Italian media reports said, two of the survivors were arrested Tuesday on suspicion of people trafficking.

Captain of the frigate, Stefano Frumento, helped rescue the survivors which consisted of pregnant woman, toddlers, and men hanging over the side calling out for help.

"I'd never seen that many people crammed in like that in my life. There were over 600 people crushed into 20 metres (65 feet)," Frumento told La Stampa daily.

Rescuers had a hard time pulling the bodies of the migrants -- for the most part from Syria, Eritrea, Somalia and Cameroon - out of the boat.

"The hold, with dozens of bodies piled one on top of another like a mass grave, is the new Auschwitz of the Mediterranean," police officer Nico Ciavola said.

While a local parish priest waited on the dock to bless the bodies once they were free, firemen armed with chainsaws cut away at the narrow entrance to the hold.

The reports said that all dead were men, 52 children survived along with three heavily pregnant women.