Italy wants to expel citizens of other EU states who live solely off state benefits, the interior minister said, a move that would extend a crackdown on Roma people. 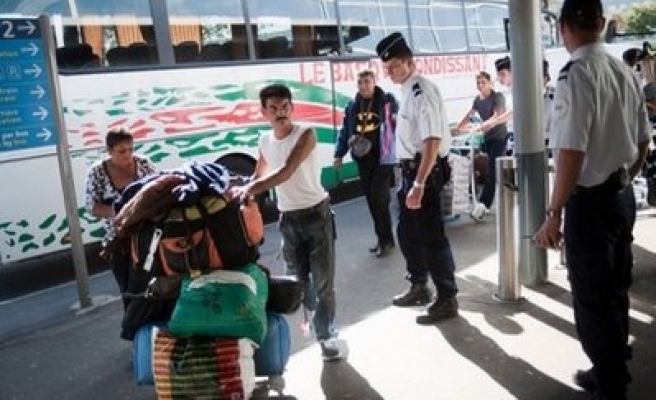 Italy wants to expel citizens of other EU states who live solely off state benefits, the interior minister said on Saturday, a move that would extend a crackdown on Roma people criticised by rights groups as discriminatory.

Interior Minister Roberto Maroni said the European Commission had denied Italy permission to pursue such a plan in the past but that he would resume lobbying and push for the change at a Sept. 6 meeting of EU interior ministers.

France this week sent dozens of Roma on flights home to Romania in a mass repatriation that it says is voluntary, though some said they were coerced to leave.

Applauding France's move, Maroni, from the anti-immigrant Northern League party, said mandatory deportation of Roma who do not meet basic requirements should now be allowed.

"Yes, expulsions just like those for illegal immigrants, not assisted or voluntary repatriations," Maroni told the Corriere della Sera daily in an interview published Saturday.

"Naturally just for those who violate rules on requirements for living in another (EU) member state: a minimum level of income, adequate housing and not being a burden on the social welfare system of the country hosting them. Many Roma are EU citizens but do not respect any of these requirements."

The policy would apply to all non-Italian EU citizens who fail to meet certain criteria, not just Roma, said Maroni when asked if such a plan would be discriminatory.

"If anything, the problem is something else: unlike in France, many Roma and Sinti here have Italian citizenship. They have the right to remain here. Nothing can be done."

Maroni's comments were immediately denounced by the political opposition, including the Italy of Values party which said the plan smacked of racism.

"The government is making distorted, discriminatory and racist use of indisputable principles like the right to security and respect of law," Leoluca Orlando, spokesman for the Italy of Values, said in a statement.

"Faced with a clearly discriminatory attitude towards Roma who are EU citizens, we're forced to talk about a false respect for legality and a degeneration of European rules."

The centre-right government of Prime Minister Silvio Berlusconi has drawn similar accusations from opposition parties and human rights groups with its policies to root out illegal immigration and crime.

Many Italians associate Roma, in particular, with crime and begging. Last year the European Council's high commissioner for human rights said Roma and Sinti people in Italy were subject to "a persistent climate of intolerance".

In 2008 Berlusconi's government proposed fingerprinting Roma and their children, but partially backed down after coming under a barrage of criticism, saying the policy would apply first to those living in Italy that could not provide identification, before being extended to all residents with identity cards.

Last year, forcing children to beg was made a jailable offence, a measure seen as targeting the Roma.

Berlusconi accuses the left of wanting an "invasion of foreigners". Since coming to power his government has made illegal entry and residency a criminal offence and repelled vessels carrying migrants heading towards Italy.