Italy to grant citizenship to children born to asylum holders

Under current legislation, children born to immigrants and refugees do not automatically receive citizenship even if they are born on Italian soil 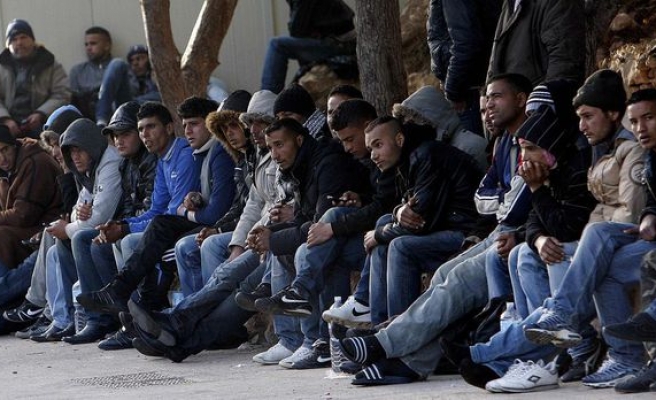 Italy announced plans to give citizenship to children born of refugees who have been granted asylum, as the government faced growing anti-immigrant sentiment over an influx of migrant arrivals by sea.

Under current legislation, children born to immigrants and refugees do not automatically receive citizenship even if they are born on Italian soil, attend Italian schools and spend their whole lives in Italy. They must first turn 18 to apply.

Mario Balotelli, the 23-year-old star attacker for Italy's national soccer team, was born in Italy to Ghanian parents and was not allowed to play for the national squad before turning 18 because of the law. Former Integration Minister Cecile Kyenge was repeatedly attacked for her proposal to overhaul the law.

The Interior Ministry plans to issue an administrative order making citizens of children born on Italian soil to parents who have political asylum, Domenico Manzione, the ministry's undersecretary for immigration, said in an interview.

Italian citizenship is mostly passed on through ancestry or blood, not place of birth, and the anti-immigrant Northern League party, whose support has increased over the past year, opposes all legislation that eases citizenship requirements.

The League boosted its support by more than two percentage points to above 6 percent in last month's European election, in which anti-immigrant sentiment lifted support for Nigel Farage's UKIP in Britain and Marine Le Pen's National Front in France.

Currently in Italy, the children of those granted asylum already can receive the same status as their parents, but any children born after the asylum is granted are excluded, Manzione said.

"The move sends a welcoming message (to refugees), addresses a human rights issue and resolves an evident disparity in treatment inherent in the current rules," Manzione said. It was a matter of weeks at most before the order was endorsed by the ministry.

Manzione said the rule would affect a relatively small number of people. But it is a step toward more inclusive rules as proposed immigration legislation languishes in parliament.

So far this year Italy has received 21,000 requests for asylum, more than in all of 2013, Manzione said. The number of boat migrants from North Africa had already matched the number the more than 40,000 who arrived during the whole of last year.

Instead of waiting for the boats to arrive at its shores, Italy's navy is plucking the migrants from their rickety and overcrowded boats in the open Mediterranean Sea.

This operation - called Mare Nostrum or "Our Sea" - is Europe's biggest-ever search and rescue mission, and began after 366 men, women and children fleeing African countries drowned last October when their boat capsized a mile from Sicily.