The government has estimated the cost of acquiring 90 F-35s at 12 billion euros ($14 billion). 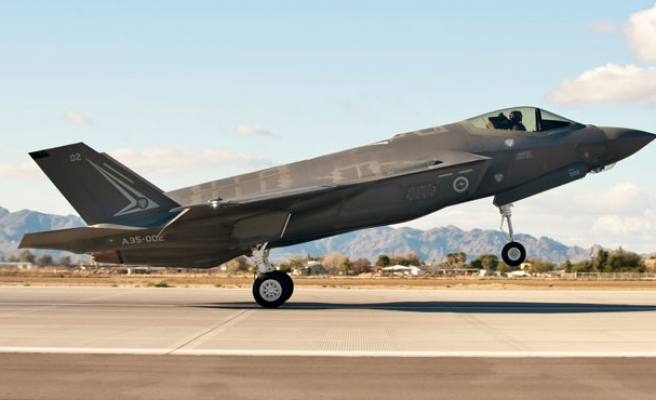 Italy plans to maintain its order for 90 Lockheed Martin Corp F-35 fighter jets, despite political pressure to slash spending on the planes, after winning a major maintenance contract, sources in Rome and the U.S. told Reuters.

Lawmakers from Prime Minister Matteo Renzi's ruling Democratic Party in May called for the government to halve spending on the project, while some opposition parties want it dropped completely.

Renzi talked last year of cutting spending on the F-35 programme to help pay for income tax cuts for low earners, showing the jet order was still a possible target in Italy's efforts to revive its moribund economy while cutting its 2 trillion euro debt.

In 2012, then-prime minister Mario Monti cut orders by 30 percent as he sought to shore up the public accounts in the wake of the euro zone debt crisis. The government has estimated the cost of acquiring 90 F-35s at 12 billion euros ($14 billion).

But it is now ruling out further cuts after state-controlled defence technology group Finmeccanica won a major maintenance contract for the stealth fighter, and as it seeks to guarantee the future viability of its fleet, an Italian source familiar with the programme told Reuters.

"The right number (of jets) for Italy to have the industrial role it wants is 90," the source said. "Respecting the contract is in line with the various parliamentary resolutions and 90 is a number that allows us to ensure the country's defence needs."

Sources in Washington backed up this view.

"The industrial participation is proportional to the number of planes that you order. If they (Italy) reduced the order number, the work they're doing at the FACO (final assembly and check out) facility, and the maintenance work would go down," one source said.

Joe DellaVedova, spokesman for the Pentagon office that runs the F-35 program, said: "Italy remains committed to the programme and their F-35 profile has them procuring 90 F-35s."

The new jet will replace Italy's increasingly obsolete fighter force at a time of rising international tensions for the NATO member, with pro-Russian rebels fighting the Ukrainian government and, just across the Mediterranean, forces claiming allegiance to ISIS gaining ground.

Italy closed its embassy in Libya on Sunday and stepped up its call for a U.N. mission there. On Friday, Foreign Minister Paolo Gentiloni said Italy was "ready to fight" in Libya. ($1 = 0.8766 euros)