Italian defence ministry sources: warplanes "forbidden from bombing"; to be used only for "advanced reconnaissance" duties 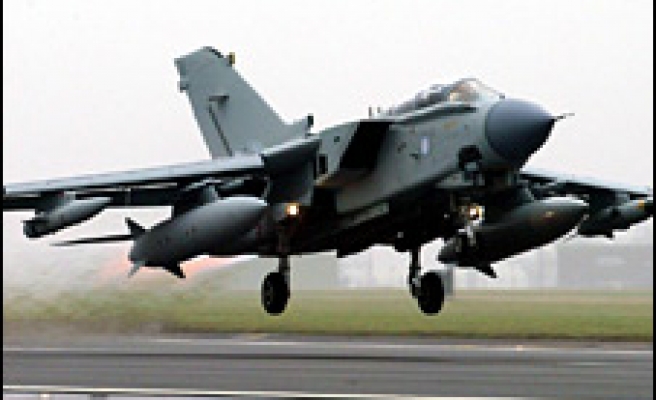 Italy is sending Tornado jet fighter bombers to Kuwait to join the allied forces' fight against ISIL, though Italian Defence Minister Roberta Pinotti claims that the warplanes are "forbidden from bombing," according to Italian defence ministry sources on Monday.

Pinotti set off a storm among opposition MPs when she disclosed in an interview with la Stampa newspaper a plan to send four Tornados for "advanced reconnaissance" duties in Iraq and Syria, together with 100 Italian Air Force personnel.

"Pinotti is dragging us into war," the opposition M5S party claimed.

Last month, Pinotti told parliament that 280 military training personnel were being sent to the Gulf to work with Kurdish forces, along with two unarmed Predator drones.

However, Nicola Latorre, president of the Defence Commission in the Senate, denied that there was creeping involvement in the conflict without parliamentary authorization.

Italian Chief of Staff for Defence Admiral Luigi Binelli Mantelli told Il Sole 24 Ore newspaper that the recent NATO summit at Newport assigned Italy duties of guard and reconnaissance that are "very delicate in this phase, because the ISIL army has learned increasingly how to hide men and vehicles in hospitals, schools and mosques."

Defence sources acknowledged, however, that Italian Tornados flying reconnaissance flights will have the right to defend themselves if attacked.

The dispatch of the Tornados is seen in Allied military circles as a response to criticism of Rome for increasingly dragging its feet over contributing to the battle against ISIL militant forces.