The populist government in Rome is under massive pressure since the European Commission last month rejected its 2019 budget, giving the ruling coalition in Rome until Tuesday to make changes. 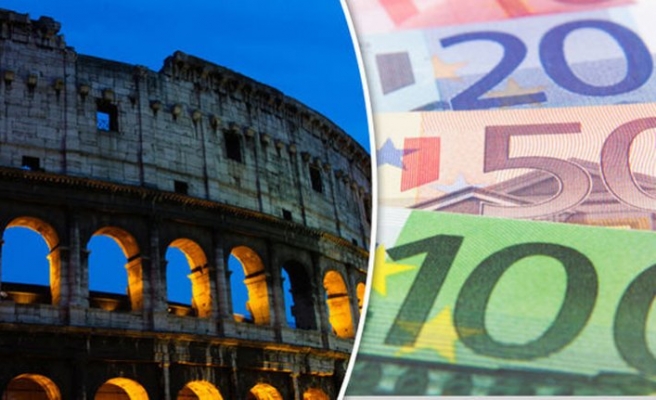 Italy will not leave the eurozone, populist Deputy Prime Minister Luigi Di Maio said on Friday, despite a standoff with Brussels over Rome's big-spending budget.

"As head of the Five Star Movement and deputy prime minister I guarantee it," Di Maio told journalists in Rome.

"It's no longer time to leave the euro, I already said so" before the election in March, the head of the one-time fervently eurosceptic Five Star Movement (M5S) said.

"Times have changed, over the last year I have become convinced that Italy should remain in the eurozone," Di Maio said.

Failing that, Brussels could put Italy into something called the "excess deficit procedure", a complicated process that could eventually lead to fines and provoke a strong market reaction.

The Italian government -- a coalition of the far-right League and M5S -- plans to run a public deficit of 2.4 percent of GDP, three times the target of its centre-left predecessor.

Scrutinising those plans, the European Commission on Thursday said Italy's deficit will reach 2.9 percent of its Gross Domestic Product next year, much bigger than the 1.7 percent in its previous forecast.

"I sincerely want to explain (to the European Commission) that the figure of 2.4 percent is a maximum," Di Maio said, echoing Finance Minister Giovanni Tria who on Thursday said Brussels' forecast was a "technical failure".