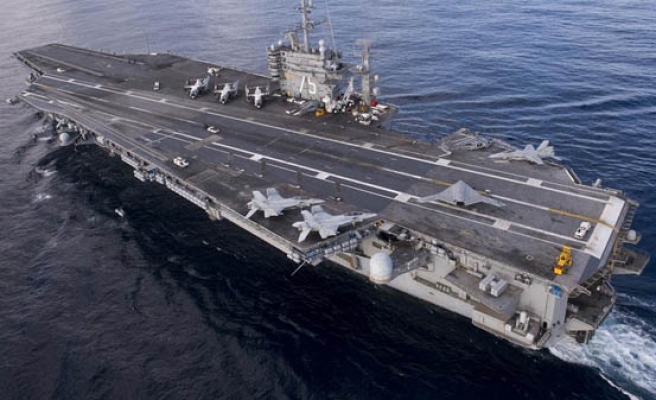 Commodore Ayoub Qasem, naval spokesman for Libya's UN-backed unity government, said the warship, the Commandante Borsini, had officially departed the base on Sunday.

During the visit, Qasem said, Italian experts and technicians aboard the warship had “assessed the needs of the Libyan Navy”.

A second Italian warship, he added, was now slated to arrive at the Tripoli naval base Tuesday.

The two ships are part of a naval mission tasked by Italy’s parliament to help the Libyan coastguard’s fight against human traffickers, whose activities have led to a surge in the number of migrants and refugees making the dangerous sea voyage to Europe from North Africa.

Italy says it deployed the two warships at the request of the Tripoli government, denying accusations from some quarters that the move constituted a “violation of Libya’s sovereignty”.

General Khalifa Haftar, the Libyan commander whose forces control most of eastern Libya, for his part, has threatened to use force against the Italian warships.

A former colonial power, Italy occupied Libya for much of the first half of the 20th century.

Libya has remained dogged by turmoil since mid-2011, when a bloody popular uprising ended with the ouster and death of longtime strongman Muammar Gaddafi.