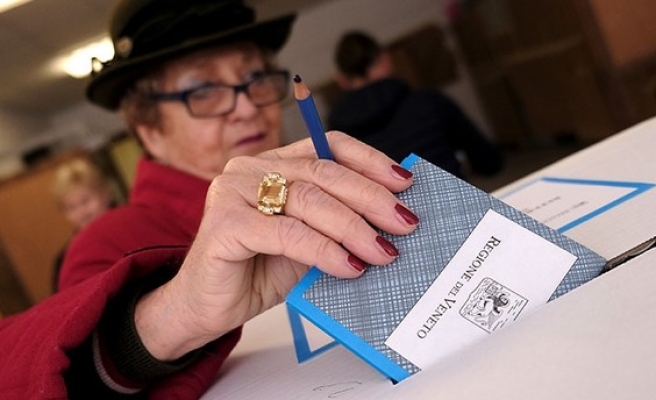 Italy's Lombardy and Veneto regions Sunday voted “yes” in a non-binding referendum to demand greater autonomy from the central government, according to local media.

The ANSA news agency said the voting in Lombardy and Veneto whose regional capitals are Milan and Venice started at 7 a.m. local time (0500GMT) and ended at 11 p.m (2100GMT).

The President of Lombardy, Roberto Maroni said that according to initial unofficial results, the votes for “yes” was 95 percent, while votes for “no” stood at three percent.

Around 11 million voters, nearly a quarter of Italy’s population, decided whether they want their regional governments to claim more control from Rome over tax revenues, immigration and education systems.

Both Maroni, and Luca Zaia, the president of Veneto, supported a 'Yes' vote, claiming that each region sends annually over 50 billion euros (approximately  $59 billion) of their taxes to Rome.

According to Italian media, the total cost of the referendum in both regions will amount to about 65 million euros (around $76 million).