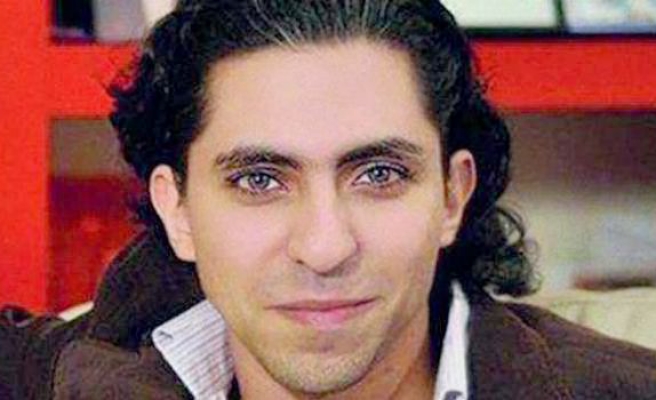 Jailed Saudi blogger Raif Badawi has been awarded the Sakharov Prize for Freedom of Thought by the European Parliament.

The Sakharov Prize for Freedom of Thought, named after Soviet dissident Andrei Sakharov, is awarded each year by the European Parliament. It was set up in 1988 to honor individuals and organizations defending human rights and fundamental freedoms.

The decision was made on Thursday by European Parliament President Martin Schulz and the political group leaders.

Last year, a Saudi court sentenced the 30-year-old Badawi to 10 years in prison, 1,000 lashes, and a fine of 1 million Saudi riyals (roughly $266,000) for "insulting Islam" and establishing the Saudi Liberal Forum, an online discussion forum.

Shultz described the sentence as "cruel" and "kind of torture".

He told a press conference Badawi was "a hero in our modern internet world fighting for freedom of speech and democracy, facing a real torture".

"I asked the king of Saudi Arabia today to pardon immediately Mr. Badawi, to release him and to give him the chance to receive the prize in the December session, here, in the European parliament," Schulz added.

The Sakharov award ceremony will be held in Strasbourg on Dec. 16.

Members of the European Parliament adopted in February a resolution strongly condemning the flogging of Badawi as "a cruel and shocking act" and calling on the Saudi Arabian authorities "to release him immediately and unconditionally as he is considered a prisoner of conscience, detained and sentenced solely for exercising his right to freedom of expression".

The two other candidates for the Sakharov Prize were the democratic opposition in Venezuela, led by the Mesa de la Unidad Democratica and political prisoners, and Boris Nemtsov, the Russian opposition politician who was assassinated in February 2015.

Last year, the prize was awarded to Congolese doctor Denis Mukwege for his work with thousands of gang rape victims in the Democratic Republic of Congo.