Adnan Januzaj, an 18-year-old football player for English Premier League team Manchester United, has caused controversy in the football world as he contemplates which country to represent on the international stage. 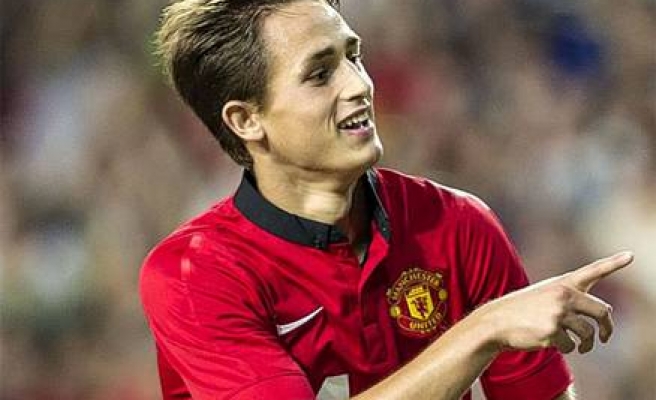 Adnan Januzaj is an 18-year-old footballer, currently playing for the English Premier League champions Manchester United. He is eligible to represent a number of countries on the international stage, as his talent is attracting the attention of football bosses all over Europe. However, his situation is not quite as simple as it may sound.

Januzaj was born in Belgium. His parents both come from an area in the former state of Yugoslavia which is currently being disputed for by Kosovo and Serbia. His father is an Albanian who was born in the disputed territory, while his mother was born in Turkey. Januzaj later moved to England when he signed for Manchester United at the tender age of just 16.

Due to his place of birth, he is eligible to play for Belgium. Through his father he can play for Albania, and through his mother he can play for Turkey. Because of the ongoing dispute between Kosovo and Serbia for the land from which his parents came, he is also free to choose between these two countries, although Kosovo still has not registered with FIFA. Moreover, England manager Roy Hodgson has also called him up to represent his team, but this would be a breach of the FIFA home nations agreement which states that a player must have resided and received education in a particular country for at least 5 years before turning 18. However, exceptions can be made for asylum seekers.

Januzaj has already turned down the opportunity to play for Belgium after he was offered a place in their youth team. The Belgians believe that he is waiting for a call-up from Albania, while others say he would rather play for Kosovo once they register with FIFA. Currently a committee of the English Football Association is meeting to discuss his status.

Ambiguity and flexibility of the home nations agreement have allowed players to play with their identity in the past. Manchester United veteran Ryan Giggs used to captain the England Under-16s team as a boy before deciding to switch to Wales, the home country of his parents. Frederic Kanoute also caused controversy when he switched from France to Mali. Retired Turkish Cypriot player Mustafa Izzet also had a choice of playing for England, the country of his birth. Due to the Cyprus problem he was unable to play for Cyprus, and the Turkish Republic of Northern Cyprus is unrecognized by FIFA. Therefore he was offered a place by Turkey. This is the same for Colin Kazim Richards whose mother is a Turkish Cypriot.

While some players choose their country of birth or long-term residence, others prefer to choose the country of their parents. It appears as though this will be a reoccurring debate as issues of identity and nationality become more complex in Europe. Perhaps it is time for FIFA to review its guidelines to keep up with the fast changing world.

To be honest I think Manchester United should sell this youngster. He is complete dump and does nothing for the team apart from going himself and shooting. Absolutely TURD!