The former Mejlis head-turned-Ukrainian MP Mustafa Jemilev has been outspoken against the Russian annexation of Crimea following a referendum on March 16, in which the mainly ethnic Russia people of Crimea voted to split from Ukraine and join Moscow. 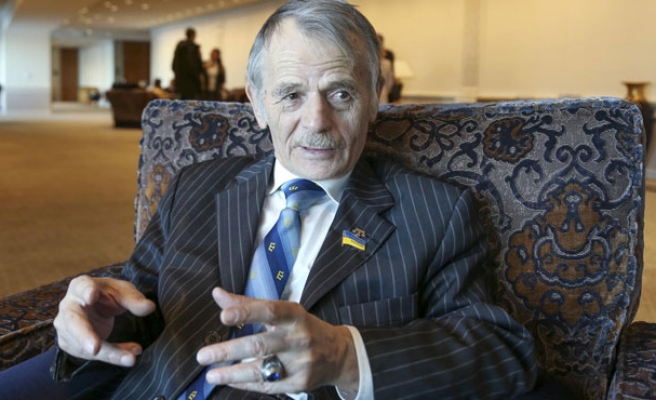 The former head of the Crimean Tatar Mejlis (Parliament), Mustafa Jemilev, has claimed that the Russian secret services are monitoring mosques in Crimea.

Speaking to the Ukrainian 5 channel, Jemilev said that Russian FSB [Federal Security Service] officers are present almost officially and openly in the Crimea’s mosques, taking note of whose beard is longer, how religious people are, so that [those more religious] are automatically categorized as Islamic radicals.

The former Mejlis head-turned-Ukrainian MP Jemilev has been outspoken against the Russian annexation of Crimea following a referendum on March 16, in which the mainly ethnic Russia people of Crimea voted to split from Ukraine and join Moscow.

After Russian president Vladimir Putin failed to convince him that the Crimean Tatars would be fully protected under Russian rule, Jemilev has continued to point out that Crimean Tatars are having their homes marked, are being fired from their jobs and are being attacked for speaking their own Turkic-language since the annexation process began.

In a recent skirmish, a number of Crimean Tatars were hurt when militants stormed the Mejlis building to remove the Ukrainian flag and replace it with a Russian one.

Jemilev, who has warned that Crimean Tatars who refuse to take on Russian citizenship now face becoming foreigners in their own land, also claimed that he has been barred from Crimea for five years by the Russian authorities.

Although the Federal Migration Service of Russia (FMS) has denied issuing a ban, Olga Kovitidi, a representative of Crimea in the Federation Council of Russia, confirmed that a ban had been issued until 2019.

“This ban is a forced measure. Unfortunately, all the statements made by Mustafa Jemilev does not promote stabilization of situation in the region,” she said.

The 70-year-old leader, who was recently awarded a state medal from Turkey in recognition for his efforts to raise the awareness of the plight of his people, has insisted that most in the Russian FSB want to exile the Crimean Tatars, who they see as an obstacle to Russian interests in the region.

The 300,000 Crimean Tatars living in Crimea largely boycotted the March 16 referendum in protest, claiming that the new Crimean parliament which declared independence from Ukraine after the former Ukrainian president Viktor Yanukovich fled anti-government protests in Kiev, had failed to consult them. Moreover, they complained that the referendum was invalid as it was held under the threat of pro-Russian militias that had occupied the region.

Seeking a solution, Crimean Tatars have discussed holding their own referendum for autonomy within the already autonomous Crimea, though it has been said that in doing so the community can at best only achieve a cultural and educational autonomy.