A Jewish group in north London put up signs saying "Women should please walk along this side of the road only." 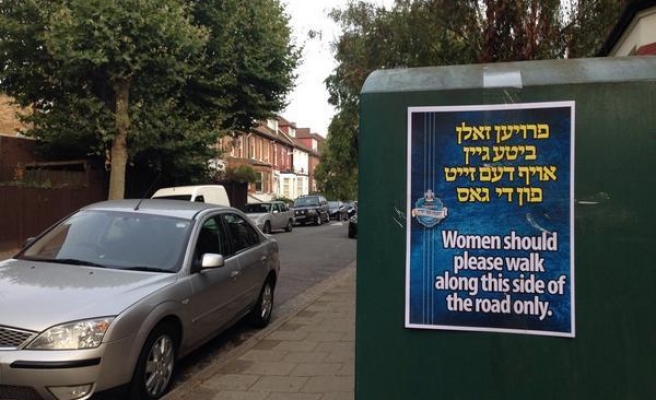 An Orthodox Jewish sect in the UK capital London have angered local residents after putting up signs on streets ordering the segregation of men and women.

The London Borough of Hackney council removed the signs, which were put up in English and Yiddish in the Stamford Hill area, calling them “unacceptable.”

The signs, that wrote "Women should please walk along this side of the road only," were put up by the local Jewish community for a Torah Procession earlier this week in order to prevent men and women from mixing, The Independent reported.

Chaim Hochhauser, from the Stamford Hill Shomrim group, which supports policing in the area, said complained to the organizers that the signs "lacked explanation".

Speaking to the Evening Standard, Stamford Hill West councillor Rosemary Sales said that several residents in her ward had drawn the posters to her attention, adding that it is "unacceptable to try to restrict women's movements in a public place."