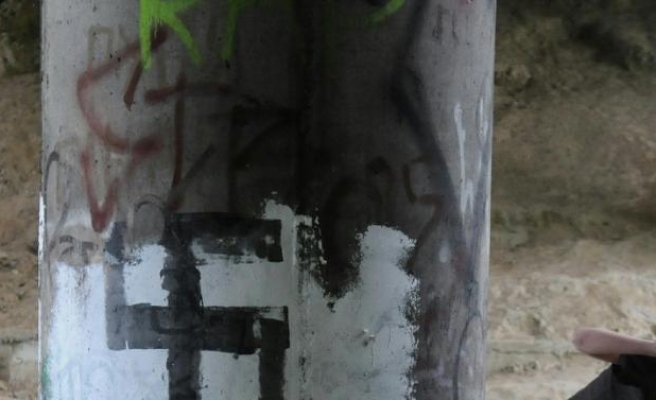 A Jewish and a Muslim cemetery were defiled with Nazi symbols and anti-migrant slogans in western Austria, police said Monday, just weeks after similar attacks on a refugee hostel and Jewish museum.

Unknown perpetrators desecrated graves and buildings with a red pen in the Jewish cemetery of the town of Hohenems, close to the Swiss border, some time between Saturday night and Sunday morning, a police spokeswoman told the APA news agency.

The offenders also drew swastikas and wrote racist slogans at a Muslim burial ground in the nearby municipality of Altach.

Police suspect the attacks were carried out by the same people who earlier this month painted phrases like "Stop the refugee flood" on a refugee hostel and drew swastikas on buildings in the Jewish quarter, including the Jewish Museum, in Hohenems.

The town's mayor, Richard Amann of the conservative OeVP, is currently embroiled in a legal battle with the right-wing FPOe party over his victory in municipal elections in March.

The FPOe had come first with 43.3 percent, but Amann ended up winning the run-off vote by 125 votes.