Journalist gunned down in Russia's Dagestan

“The authorities’ indifference to the killings of journalists and whistleblowers perpetuates impunity and inspires new attacks,” HRW's Lokshina said. “The North Caucasus region is one of the most dangerous places for journalists in the world, and it is no wonder." 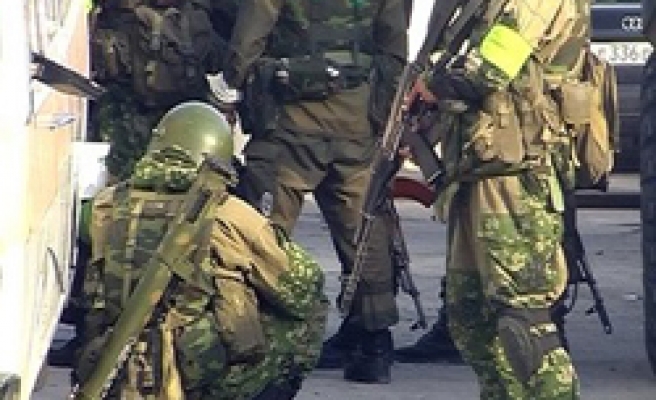 A journalist killed Tuesday in the volatile North Caucasus Republic of Dagestan was likely to have been assassinated because of his work, according to investigators.

Akhmednabi Akhmednabiev died in his car outside his house in Makhachkala, the regional capital, after it was fired on at about 7:00 a.m. by unknown assailants, the Investigative Committee said in a statement.

Akhmednabi Akhmednabiev died of multiple gunshot wounds and was deputy chief editor of a leading independent weekly in Dagestan, Novoe Delo (New Action). He was also a regular contributor to the Caucasian Knot online portal and other media outlets. Akhmednabiev is the second journalist covering counterinsurgency issues murdered in less than two years in Dagestan.

On January 11, unidentified assailants shot at Akhmednabiev three times but missed. He had received death threats in May 2012 and immediately reported them to police.

Law enforcement authorities did not effectively investigate either the threats or the subsequent shooting. Akhmednabiev’s lawyer, Abdurashid Sheikhov, told Caucasian Knot that the murder would not have occurred if not for the “negligence of the entire law enforcement system.”

Various motives for the crime are being considered, but the “most likely version is that Akhmednabiev’s murder is linked to his professional activities,” according to the Investigative Committee. A criminal case has been opened into the murder.

“For many years Akhmednabiev courageously reported on abuses and lawlessness in Dagestan, Russia’s most intense hot spot,” said Tanya Lokshina, Russia program director at Human Rights Watch. “His brazen murder cannot but relate to his work in journalism.”

Russia should abide by its pledge to ensure full accountability for attacks on journalists and foster a normal working climate for independent media and human rights defenders in the region, Human Rights Watch said.

Russia is one of the most dangerous countries in the world for journalists, with 55 confirmed assassinations of media employees since 1992, according to international monitoring body Committee to Protect Journalists.

“The authorities’ indifference to the killings of journalists and whistleblowers perpetuates impunity and inspires new attacks,” Lokshina said. “The North Caucasus region is one of the most dangerous places for journalists in the world, and it is no wonder, if law enforcement authorities aren’t doing their job.”

In September 2009, leaflets appeared in Makhachkala with death threats against eight local journalists, including both Kamalov- killed in December 2011- and Akhmednabiev, as well as four lawyers and four human rights activists in Dagestan.

The anonymous authors called for the “exterminat[ion of] bandits [and their alleged consorts] and vengeance for [killed] policemen.” At the time, Akhmednabiev and Kamalov indicated they had no doubt that “the special services” were behind that list.

Kazbek Gekkiyev, a news anchor for a regional affiliate of state-owned broadcaster VGTRK, died in December last year after being shot three times in the head when returning from work in Nalchik, the capital of the North Caucasus Republic of Kabardino-Balkaria. The man suspected of killing him was himself gunned down two months later, Vesti reported.