UN war crimes judges will deliver a keenly-awaited judgement Thursday on wartime Bosnian Serb leader Radovan Karadzic, accused of genocide for some of the worst atrocities committed in Europe since World War II. 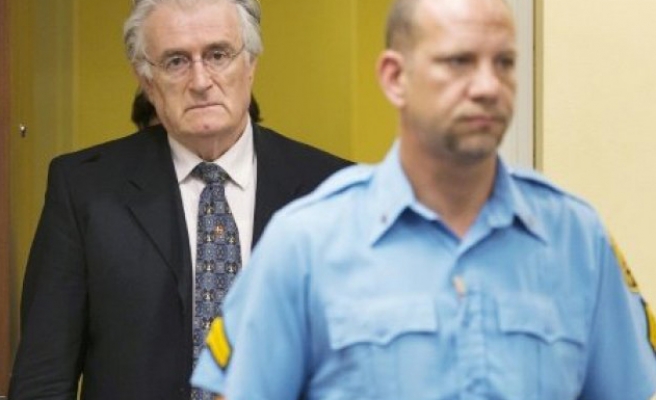 Bosnian Serb leader Radovan Karadzic will Thursday learn if UN war crimes judges have found him guilty of a slew of atrocities, including a campaign of ethnic cleansing, during the 1990s Balkans conflict.

The 70-year-old faces 11 charges for some of the worst crimes witnessed in Europe since World War II.

Karadzic is alleged to have been a key member of an "overarching joint criminal enterprise which lasted from at least October 1991 until 30 November 1995" with the goal of ensuring "the permanent removal of Bosnian Muslims and Bosnian Croats from Bosnian Serb-claimed territory."

Here are the 11 charges contained in a 69-page indictment at the International Criminal Tribunal for the Former Yugoslavia:

Between March 31 and December 1992, Karadzic allegedly with others "planned, instigated, ordered and/or aided and abetted genocide" of Bosnian Muslim and Bosnian Croats to permanently remove them from territory claimed by the Bosnian Serbs across various municipalities.

In July 1995, he began to implement a plan with others "to eliminate the Bosnian Muslims in Srebrenica by killing the men and boys and forcibly removing the women, young children." Almost 8,000 men and boys were killed.

Karadzic allegedly instigated, aided and abetted the persecution of Bosnian Muslims and Bosnian Croats in 19 towns and villages by allowing forcible deportations, harassment, torture, rape and other acts of sexual violence. The persecution allegedly included forced labour in detention camps and the use of human shields by Serb and Bosnian Serb forces.

Prosecutors say Karadzic knew "extermination" was "a possible consequence" of the campaign to get rid of Bosnian Muslims and Bosnian Croats "and willingly took that risk." This included the sniping and shelling during the 44-month siege of Sarajevo and the deaths in Srebrenica.

5. MURDER (as a crime against humanity)

Karadzic was allegedly behind a joint criminal enterprise "to permanently remove Bosnian Muslims and Bosnian Croats from Bosnian Serb-claimed territory" through acts of murder including in Sarajevo where some 10,000 people were killed, Srebrenica and other municipalities.

Karadzic stands accused of aiding "organised and opportunistic killings" in direct violation of the 1949 Geneva Convention governing the rules of war.

Karadzic allegedly knew that between March 1992 and November 1995, Serb forces and Bosnian Serbs "forcibly displaced Bosnian Muslims and Bosnian Croats from areas within the municipalities and within Srebrenica in which they were lawfully present."

Karadzic along with others targeted Bosnian Muslims and Bosnian Croats through measures such as "arbitrary arrest and detention, harassment, torture, rape and other acts of sexual violence, killing, and destruction of houses and cultural monuments" which forced them to "flee in fear" from their homes.

Karadzic is accused from April 1992 to November 1995 with others of using the Sarajevo Forces to "spread terror" in the city through a military strategy of "sniping and shelling to kill, maim, wound and terrorise the civilian inhabitants."

The Sarajevo siege included indiscriminate and excessive attacks "which were disproportionate in relation to the concrete and direct military advantage anticipated."

Between 26 May 1995 and 19 June 1995, Bosnian Serb Forces detained over 200 UN peacekeepers and military observers in various towns, including Pale, Sarajevo, Banja Luka, and Gorade, with Karadzic accused of abetting the kidnappings to force NATO not to carry out air strikes against Bosnian Serb military targets.