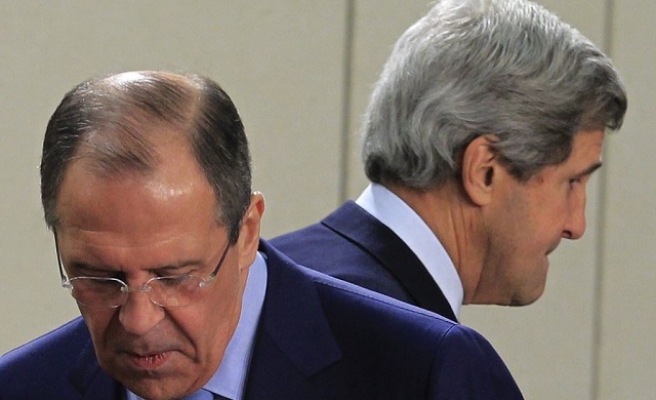 US Secretary of State John Kerry and his Russian counterpart Sergei Lavrov met Wednesday in a bid to create momentum for Syria peace talks to kick off as planned next week.

Negotiations between Syria's regime and part of the opposition are tentatively scheduled to begin on January 25 in Geneva to seek an end to a conflict that has claimed more than 260,000 lives since it began nearly five years ago.

But disagreement over who will represent the opposition has cast a shadow of doubt over whether the UN-brokered talks will begin on schedule.

"We will see. We will see," Lavrov said at a Zurich hotel where the meeting was taking place, after being asked whether the talks would go ahead as planned.

He stressed though that "it's mostly for (UN envoy Staffan) de Mistura, not for us" to say.

Kerry did not comment Wednesday, but on Tuesday his spokesman acknowledged a lot of work remained to ensure that the talks go ahead.

"We're not unmindful of the fact that there still remain differences of opinion, and that this is a complicated process," spokesman John Kirby said.

"And that there is still quite a bit of work that needs to be done to get the meeting to occur" between Syrian President Bashar al-Assad's regime and representatives of the opposition.

The 17 countries pushing for a peace deal for war-ravaged Syria, including the United States, Russia, Saudi Arabia and Iran, have struggled to agree on the list of opposition delegates.

A Syrian opposition coalition however announced Wednesday morning in Riyadh that it had pulled together a delegation to take part in the talks.

The coalition was formed in the Saudi capital in December, grouping about 100 representatives of the main Syrian political opposition and armed factions.

They agreed to negotiate with the regime but insisted Assad step down at the start of any political transition.